Moving the US Embassy to Jerusalem 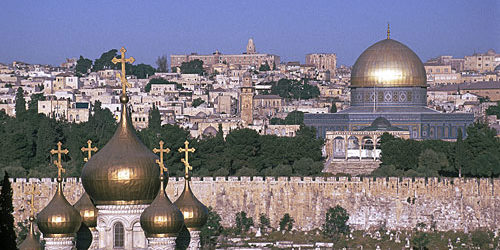 The US Congress approved the Jerusalem Embassy Act in 1995 declaring Jerusalem to be the capital of Israel and calling for the US Embassy to be moved there. As a political compromise, a provision was included that allowed the President of the United States to delay moving the Embassy due to national security considerations. That waiver has been signed every six months by each president since 1995.

President Donald Trump has said he will move the US Embassy to Jerusalem. He affirmed this when he was the only presidential candidate to accept the ICEJ’s Five Guiding Principles for Israel, which included moving the American Embassy. Based on this, as well as his campaign’s Israel policy released right before the election, he is expected to be a friend to Israel and the Jewish people as President.

Why Now is the Time to Move the Embassy

First, if anyone can do it, Donald Trump can. No one expects him to operate within the confines of political correctness, nor be swayed by threats and negative reactions like establishment politicians would have been. Therefore, reactions to such a move may be subdued. In addition, many world leaders—including key Arab leaders—want to start out on the right foot with this new and ambitious administration. They will not sacrifice that relationship over the address of the US Embassy.

Second, the larger Muslim world is in complete disarray with much bigger problems on their hands such as a nuclear Shi’ite Iran, and the threat of ISIS taking over their countries.

Third, the countries closest to Israel, posing the greatest threat, are consumed with either civil war, economic crisis, or a crippling refugee burden. The Palestinian cause is, therefore, much lower on their priority list these days.

What Strategy Is Recommended?

The ICEJ has issued a strategy proposal to the Trump administration to quietly engage with other members of the international community before formally announcing the move of the U.S. Embassy to Jerusalem. These discreet contacts should be held quickly and intensely along three simultaneous tracks:

First, consult closely with the Israeli government to discuss various aspects of such a move and to coordinate the necessary steps, as well as bilateral responses to any potential security challenges;

Second, confer with officials in key Arab and Muslim nations to address their concerns and elicit their cooperation;

Third, identify and confer with countries friendly to the U.S. and Israel which might be open to moving their embassies to Jerusalem as well.

Either Way the Christian Embassy is There!

In light of such ongoing controversy surrounding Jerusalem, the establishment of the International Christian Embassy Jerusalem in 1980 was a God-inspired initiative just for these times. While the nations line up, either for or against His people, there is an embassy representing many millions of Christians worldwide who are trumpeting the truth of the Bible, standing in support of His people, Israel, and their capital city, Jerusalem.