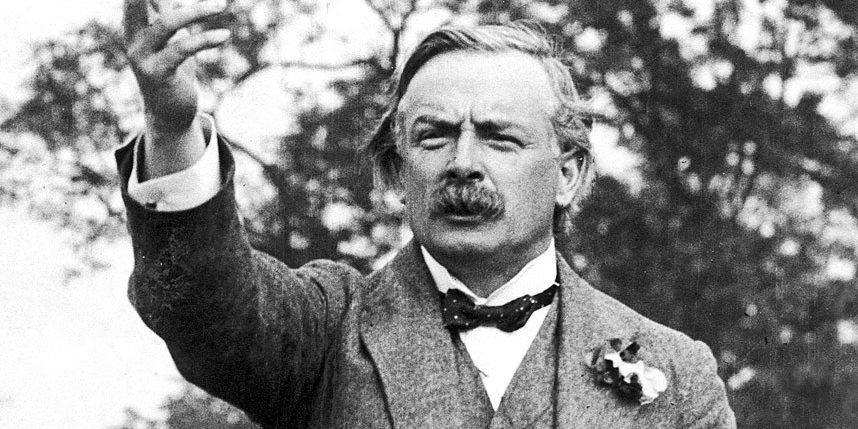 A political document blamed by many for today’s Middle East crisis was motivated by the evangelical Christian faith of a uniquely international, cross-party, British war cabinet.

This was the claim of Jerusalem-based Canadian Rev Dr David Schmidt in a London lecture marking the centenary of the 1917 Balfour Declaration.

This refers to a letter to Britain’s Jewish leaders, signed by Foreign Secretary Lord Arthur Balfour, promising that the Government would do all in its power to facilitate a return to their ancient land of God’s chosen people who had been scattered throughout the globe for some 1,800 years.

They weren’t at the time in a position to do so, for the region then known as Palestine was under Turkish Muslim control, but the situation changed within weeks following the capture of Jerusalem by British and Allied forces under the command of General Edmund Allenby.

So it was that a brief 130-word letter became the basis for British rule of the territory, subsequently confirmed by the League of Nations (the UN’s predecessor) until such time as the Jews were ready for independence. But Britain later reneged on its agreement in a bid to appease Arab opposition. However, it did not stop the eventual creation of a Jewish state in 1948.

As a Bible-believing academic, Dr Schmidt is convinced that, far from being an embarrassing relic of the British Empire responsible for the current regional conflict, as many claim, the Balfour Declaration was part of God’s plan and Israel’s destiny, as foretold by the Old Testament prophets. “I believe what is written in the Bible regarding the Jewish people and prophecy; that the Jews would be exiled and scattered throughout the world, and in the last days return to the land in unbelief.”

Such a time would be marked by an increase in travel and knowledge (Daniel 12.4), among other phenomena, but specifically by fierce opposition of the nations to an independent state of Israel (Zechariah 14.2, Psalm 2.1–6).

Various theories have been put forward for the motivation of David Lloyd George’s ten-strong War Cabinet of 1917 – such as empire expansion, remorse over Jewish persecution and even gratitude for the war efforts of Zionist leader Chaim Weizmann, a top biochemist who had developed an important chemical ingredient for gunpowder.

But Dr Schmidt is convinced that Christian Zionism was at its heart, defining Zionism as the belief that Jews remain God’s chosen people and that they have a right to live in the land of Israel.

Though from different social backgrounds and representing all contemporary political parties, these magnificent ten were, for the most part, non-Conformist evangelical Christians – there were no Anglicans – who were familiar with the Old Testament and aware of biblical prophecy. Ironically, the only Jewish member strongly opposed the policy. Many Jews at the time saw it as being herded into a ‘ghetto’. But their opposition gradually faded as the Zionist movement gained momentum.

Lloyd George was the main figure behind the declaration, said Dr Schmidt. Though “ethically challenged” – he had a mistress, for one thing – the Welsh-born Liberal Prime Minister was raised on the Bible and retained a sentimental attachment to biblical values while not always living up to its high ideals.

Balfour too was steeped in the Bible from his Scottish Presbyterian childhood, believing that Christian civilization owed an immeasurable debt to Judaism. He was motivated by what he called “the desire to give the Jews their rightful place in the world” and even gave theological lectures at Cambridge University. He was highly accomplished, having already served as Prime Minister, and declared on his deathbed that aiding Jewish restoration was possibly the most worthwhile thing he had done. And he asked that the inscription on his tombstone should read, “I have fought the good fight, I have finished the race, I have kept the faith,” quoting the Apostle Paul in 2 Timothy 4.7.

Also in the cabinet was Jan Christian Smuts, a Boer general in the South African War. Raised in the Reform Church, his early life was filled with Bible teaching and he predicted that, in generations to come, a great Jewish state would arise once more. In fact, Smuts argued for the biblical restoration of Israel all his life. He was the only Cabinet member who lived to see the re-born state when, as South African Prime Minister, he was the first to recognise the new country after the United States.

Edward Carson, a fiery criminal lawyer from Ulster, opposed Lloyd George on many other issues, but not this one.

Andrew Bonar Law, a Canadian raised by a Presbyterian minister, became Prime Minister in 1922, but died of cancer soon afterwards.

Labour politician Arthur Henderson was converted to Christ through the famed evangelist Gypsy Smith and was also a wholehearted supporter of the Balfour Declaration, as was fellow Labour member George Barnes, who loved the Jewish people.

Support also came from Alfred Milner (brought up in Germany) but George Nathaniel Curzon raised early objections. As a former Viceroy of India, he understood how the Muslims could rise up in opposition and believed the Jews would struggle to live in such “a desolate place”.

Edwin Montague, meanwhile, was opposed both to the declaration and to Zionism in general despite being a Jew himself because it would force a nationality on people who had nothing in common, and become a Jewish ghetto.

In answer to questions, Dr Schmidt suggested that the failure of British foreign policy was not in supporting the Jews with their Zionist cause but, in having done so, trying to appease the Arabs as well so that in the end they pleased no-one.

The composition of the cabinet was also ironic, I believe, in that none of the many Christians among them were Anglicans, and yet it had been the Church’s Ministry among the Jewish people (CMJ), an Anglican society, who had done much to influence politicians about Jewish restoration since its founding in 1809 by William Wilberforce and others. In fact the London meeting was sponsored by CMJ on behalf of the Balfour 100 (Christian) Committee.

Dr Schmidt holds a PhD in Middle Eastern political history focusing on the Balfour Declaration and the British Mandate, and has lived in Israel with his wife Susan since 1989.

Held at the City Temple, Holborn, on January 25. ↩

He made the point that the early Jewish Zionists were not religious – “they were proud of the fact that they did not go to synagogue; they were in a sense Jewish atheists…” But now, he says: “Every year in Israel people are more spiritual and observant,” fulfilling Ezekiel’s prophecy of the dry bones coming to life. ↩