The Hanukkah Menorah: The mystery and the messiah 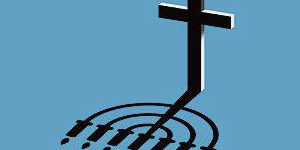 Growing up in northern New Jersey, I remember seeing almost as many menorahs in the windows of homes in my neighborhood, as I did Christmas trees in December.

Years later—as a Christian Believer—I am still intrigued by the meaning and the mystery behind the Hanukkah Menorah.

Stop and think about it for a moment.

Writing a “Standing With Israel” piece for Charisma, Asher Intrater and Ron Cantor explore just what the menorah is and its history, what it stands for in Hanukkah celebrations and the relationship between the menorah lampstand and the Messiah—Jesus.

Notes the article about the menorah:
After the surprising Jewish victory, the temple, including the menorah, was rededicated by the Maccabees as they celebrated the new holiday of Hanukkah. (Hanukkah means “dedication.”) The lampstand at Hanukkah is called in Hebrew a Hanukkiah. It has nine lights that represent the eight days the menorah in the temple remained lit, despite having only enough oil for one day (according to tradition) and an extra candle, called the shamash, that is used to light the others. Though most American Jews call this a menorah, it is not a replica of the tabernacle menorah. Nevertheless, it was clearly meant to represent the temple menorah in Jewish religious tradition, as it commemorates the miracle of the seven-branched menorah during the temple’s rededication.

Regarding the relationship between the menorah and the Body of the Messiah:
The third level is found in the book of Revelation, in which John has a supernatural vision of Yeshua in a glorified form, standing in the midst of seven lampstands. It is more likely, if we are going to be consistent with Scripture, that it was either a menorah that John saw, with seven branches, or seven menorahs with 49 lights in total. The word for lampstand in the Hebrew Scriptures is almost always menorah, a seven-branched candelabra…

Each branch of the menorah (or each menorah) represented the seven churches or congregations of Asia Minor (Rev. 1:12, 20), which are symbolic of all types and streams making up the international ecclesia, or Body of Believers. And let’s not forget—everything in the temple was an earthly shadow of a heavenly reality (Heb. 8:5). The menorah represents the worldwide Body of Believers.

And on the representation of Yeshua (Jesus) in the Jewish tradition of the menorah:
It is interesting that in Jewish tradition, it is that one special candle, the shamash, that leaves His special position above the other candles to come down and give light to the other unlit ones. Shamash means “servant.” Once the shamash has brought light to the other candles, He then takes His place, once again, above the others. Unbeknownst to most religious Jews, this is played out in Philippians 2:

“Who, being in very nature God, did not consider equality with God something to be used to His own advantage; rather, He made Himself nothing by taking the very nature of a servant , being made in human likeness.

“And being found in appearance as a man, He humbled himself by becoming obedient to death—even death on a cross!

“Therefore God exalted Him to the highest place and gave Him the name that is above every name, that at the name of Yeshua every knee should bow, in Heaven and on earth and under the earth, and every tongue acknowledge that Yeshua the Messiah is Lord, to the glory of God the Father” (Phil. 2:6-10).

So fascinating! And there is much more to this article, which I highly recommend reading. Click Here to read it in full.

And may you and your home be filled with the Light of Life and the fire of the Holy Spirit this season!