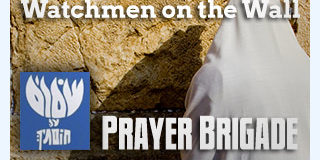 From Our Anonymous Intercessor from Israel—

With less than 24 hours before Hanukah is to begin, and after Shabbat had already begun in Israel, a wicked resolution was suddenly passed today against Israel in the United Nations. It has been 36 years since a United Nations resolution, formulated against Israeli settlements in the contested territory, was successfully passed. To the great shame of the Obama administration, and therefore to the shame of the USA, today’s horrific resolution occurred because Obama personally ordered the American ambassador to the UN to submit an abstention; rather than to apply its veto, which would have protected Israel. The abstention allowed the resolution to pass; subjecting Israel to the condemnation and control contained in the dangerous, deceitful terms of the UN decree.

Great injustice was served up to Israel through the passage of this anti-Israel, pro-Islamic and pro-Humanistic resolution. Just last evening, we were rejoicing that Donald Trump and Bibi Netanyahu had been able to convince the Egyptian President, al-Sisi, to take a similar resolution, which had been drafted by Egypt (and schedule to be voted upon yesterday), off the table; canceling yesterday’s vote. Very likely that change of course is what enraged Obama. The reality that the President Elect could come against the sitting administration’s agenda (i.e. to push forward a resolution, which would favor the formation of the Palestinian State, and the disengagement of Israel), infuriated narcissistic Obama. John Kerry had been courting New Zealand for months; encouraging that nation to present a resolution, which would demand that Israel stop all settlement activities in Judea and Samaria (including East Jerusalem) … declaring that they have no legal validity existing upon Palestinian territory.

That is exactly the resolution that was presented and passed today; quietly slipping it into the agenda, before any protest against it could be raised up. This betrayal of Israel by the American administration is wickedly shameful. The resolution states that Israel must stop all settlement activity (“immediately and completely cease all settlement activities in the occupied Palestinian territory, including East Jerusalem”); suggesting that it is solely the Jewish settlements, which present the blockage to peace. The resolution also states that the establishment of settlements by Israel has “no legal validity and constitutes a flagrant violation under international law.” According to standing international law, the Jews have every legal right to be settling in Judea and Samaria and in Jerusalem. This territory continues to be land conquered in a war of unprovoked aggression against Israel by the Arabs, which remains disputed land, because there is no mutually agreed arrangement established between the two parties. But, then Israel is always the one great exception to the rightful application of international law.

Besides the Obama administration behind the scenes, France and the Palestinians were the driving force behind this resolution. New Zealand, Malaysia, Venezuela, and Senegal co-sponsored the resolution that was constructed by the Palestinians and by France, and promoted by the US administration. Russia, Britain, France, China or the USA could have applied a veto. None of these nations arose to pick up Israel’s cause. The passage vote of the 15-member council was 14 in favor and 1 abstention. This was both a double-cross and also an ambush by the Obama administration. The UN has been classically anti-Semitic and anti-Israel since the first hour after the vote came in Nov. 1947 … the vote which declared that the modern Jewish state would official exist as of May 1948 in the territory decreed. From that moment, the Arab world and the global elite have been seeking to undo the “mistake”, by taking every opportunity to discredit, to demonize, and to disengage Israel from her homeland. Today was a new low in duplicitous backstabbing and dishonesty. It will bring a very high price to those, who just poked their fingers in YHVH’s eyes … those, who betrayed His beloved Israel, in the hope that they could dominate, rape, dispossess, and humiliate her. The price will be VERY HIGH.

Where will this take Israel in regard to the international community? What can be done to reverse the damage done today? Historically the UN acts as if its resolutions are to be motivators for nations to change their course … applying pressure and giving direction, rather than dictating policy or law. However, this on-going “Israel bashing” has become such an obsession for the global elite, and for the UN, that the balance scale has become permanently, drastically, tipped against Israel. At present, the resolution does not call for the imposition of sanctions against Israel, but that is most certainly a step that will come in the near future. Additionally, this resolution makes it much more difficult for Israel to have any meaningful negotiating position with the PA. The lies of the Palestinians, combines so well with the anti-Semitism of the UN, that the recipe they cook up together to force-feed Israel, allows that the Palestinians do nothing for peace or for a negotiated settlement with Israel. Israel must make all the concessions. Israeli truth and welfare are totally discarded, and Arab lies become the foundation for gratuitous UN legislation and in rulings in favor of the Palestinians. Today’s resolution moved Israel much closer to war. The potential for peace talks based upon equity, truth, and justice, through actual international law, have turned into vapor.

As for Trump’s ability to change the bad deal once he is in office … this is greatly in doubt. The resolution was strategically set up by Obama to bind Trump’s hands. The broad support for the position announced today in the resolution (that Israel’s settlements are illegal occupation), will be nearly impossible to change, now that the USA has allowed this lie to breath life, and to obtain feet under it. YHVH have mercy!

I would not ordinarily write an update on the Shabbat, setting aside my time of rest, but I know in my spirit that we must immediately arise and take this matter to the throne room in intercession on the Shabbat. We need to unburden our hearts before the Lord, and seek His counsel. This is more serious than most people know. When I heard the vote today, I went to my knees and wept. These nations have no idea what they just did. They voted against truth and against righteous justice, but they took a direct stand against the God of Israel. There will be consequences! Just over a year ago, I was in Wellington … the capital of New Zealand. As we drove along the bay toward the city, I saw a vision of a massive tsunami roaring into the bay and crushing the city of Wellington against the mountains that form a wall around the city from behind. When the vote came in today, I saw that vision again. Last month, just after John Kerry left Wellington, following meetings there to promote this resolution to the leaders of NZ, three large earthquakes struck the south island; causing great destruction … even causing damage in Wellington. When that happened, I heard in the Spirit, “This was a warning shot across the bow.” Now, unless there is massive confession (by the people of New Zealand) of the sin that took place today in the UN, and unless there is a great repentance offered to YHVH by the government, who brought this resolution forward, I fear that a great destruction is about to come to that nation. I suspect there will also be natural disasters in Malaysia, in Venezuela, and in Senegal. I shudder to think of what might happen to the USA. It might be natural disasters like storms or earthquakes, but it could also be Islamic terror attacks, to the level we have never seen before in this nation. When the US administration opened the door, with this resolution, for Moslems to take over Jerusalem, potentially subjecting the Jews to massive terror attacks there, that very thing may arise in America. The Lord will protect His land and His people, but woe to the nations, who have betrayed her, and set her people up for destruction at the hands of her enemies. Beloved, this is VERY serious. The text of Joel 3 speaks very clearly about what happens to the nations, who divide up the Lord’s land. We must pray. It would be good for Pres. Trump to un-fund the UN, and reject its presence from New York, but that will not be enough to change this UN course regarding Israel. The Lord needs to do that.

Babylon is expanding, But the army of Yahweh is arising
January 14, 2017

Prayer by Derek Prince before the presidential election in 1980
October 27, 2016