Will Obama administration betray Israel at the UN? 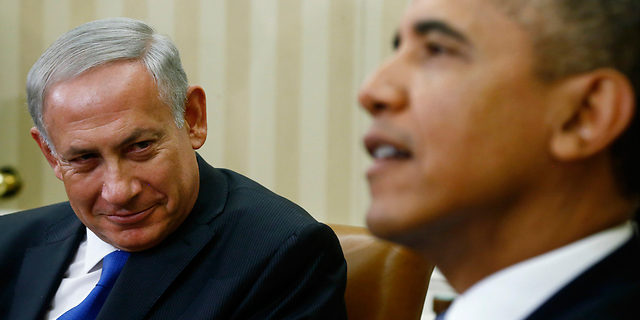 By Isi Liebler, The Algemeiner—

Throughout his entire presidential term of nearly eight years, President Barak Obama has insisted that he “has Israel’s back.”

The reality is that Obama’s appalling foreign policy has been geared toward the creation of “daylight” between the US and Israel. To this end, Obama reneged on the long-standing bipartisan policy that the US would never be a party to forcing Israel into reverting to the 1949 armistice lines. That policy was reflected in the carefully drafted UN Security Council Resolution 242, unanimously adopted on November 22, 1967, which intimated that Israel would never be expected to revert to indefensible borders.

The armistice lines imposed at the end of the War of Independence were never considered formal borders. They left Israel only nine miles wide at its narrowest point and were described by then Foreign Minister Abba Eban as the “Auschwitz borders.”

In explaining the language of UN Resolution 242, US Ambassador to the UN Arthur Goldberg was specific. In order to achieve “secure and recognized boundaries” there would be a necessity for both parties to make “territorial adjustments in their peace settlement, encompassing less than a complete withdrawal of Israeli forces from the occupied territories, inasmuch as Israel’s prior frontiers had proved to be notably insecure.” It was also clearly understood that withdrawals would only take place in the context of an overall peace settlement.

In September 1968, President Lyndon Johnson stated that “it is clear … that a return to the situation of 4 June 1967 will not bring peace. There must be secure and there must be recognized borders.”

President Ronald Reagan in September 1982 stated, “In the pre-1967 borders, Israel was barely 10 miles wide at its narrowest point. The bulk of Israel’s population lived within artillery range of hostile armies. I am not about to ask Israel to live that way again.”

Secretary of State George Shultz in September 1988 declared, “Israel will never negotiate from, or return to, the lines of partition or to the 1967 borders.”

President Bill Clinton in his final January 2001 attempt to promote a solution continued to emphasize the importance to Israel of “secure and recognized boundaries.”

Even the Palestinians who initially bitterly opposed Resolution 242 ultimately accepted it when the PLO signed the Declaration of Principles with Israel in September 1993.

More explicitly, Bush stated that “in light of new realities on the ground, including already existing major Israeli population centers, it is unrealistic to expect that the outcome of final status negotiations will be a full and complete return to the armistice lines of 1949, and all previous efforts to negotiate a two-state solution have reached the same conclusion. It is realistic to expect that any final status agreement will only be achieved on the basis of mutually agreed changes that reflect these realities.” The Congress endorsed the letter in joint resolutions by the Senate (95-3) and the House (407-9).

Sharon regarded these Bush commitments as a negotiated deal based on his total withdrawal from Gaza. He considered it to be his most important diplomatic achievement and used it vigorously in an attempt to justify what subsequently proved to be the disastrous withdrawal from Gaza.

As late as November 2009, Secretary of State Hillary Clinton, who was a major critic of Israel within the Obama administration, still acknowledged the goal of “a Jewish state with secure and recognized borders that reflects subsequent developments and meets Israeli security requirements.”

On May 19, 2011, in a shameful humiliation, without any prior notice, just hours before meeting Prime Minister Benjamin Netanyahu, Obama stunned his guest by radically reneging on and deviating from this long-standing bipartisan US policy.

He did so when it was clear that the Palestinian Authority was totally inflexible and the entire region was being engulfed by a barbaric civil war. Obama chose that time to state that “the borders of Israel and Palestine should be based on the 1967 lines with mutually agreed swaps, so that secure and recognized borders are established for both states.”

If adopted, that would effectively impose the indefensible 1949 armistice lines as the benchmark for opening future negotiations, with any variation subject to Palestinian consent. Given the consistent Palestinian track record of refusing to make any concessions, the concept of “mutually agreed swaps” is pure fantasy. The fallback would be imposing the 1967 borders which would entail forfeiting secure borders and ceding the major settlement blocs including the Jewish neighborhoods of east Jerusalem — something that no Israeli government could contemplate.

Netanyahu unquestionably represented the Israeli consensus when he firmly rejected these proposals — which are now being vigorously pursued by the Europeans, led by France.

Until now, Obama’s statements about 1967 borders were often downplayed by many as merely diplomatic postures to humiliate Netanyahu. But one should not underestimate Obama’s determination to punish Israel before he retires.

To her credit, presidential hopeful Hillary Clinton was unequivocal in her meeting with Netanyahu on September 26, stressing “her opposition to any attempt by outside parties to impose a solution … including by the UN Security Council.”

But the vibes from the Obama administration and State Department are ominous. While thousands of Arabs are being massacred almost daily in the region, the State Department focuses its energy on statements condemning the Israeli construction of 30 houses within the boundaries of an existing settlement replacing homes to be demolished.

This obviously encourages the Europeans, especially the French, to intensify their anti-Israeli policy at the Security Council.

There is a growing fear that despite US public opinion, the unequivocal support of Congress and the stated policy of Democratic candidate Hillary Clinton, Obama’s obsession to distance the US diplomatically from Israel could lead him to forgo employing the US veto in the Security Council, or worse, endorse a resolution which could pave the way for global sanctions against Israel.

The long-term damage to Israel of such a Security Council resolution, allowed or endorsed by the US, must not be underestimated.

Those American Jewish leaders who can have some impact should be actively agitating and creating an atmosphere in which Obama will realize that by pursuing his anti-Israeli agenda, he is acting against the will of the nation.

To the extent that they still have any relevance, Jewish leaders should speak out now before it is too late. In particular, pro-Israeli liberals such as Alan Dershowitz and Haim Saban have an obligation to act.

After having no qualms condemning the Republicans for not supporting a two-state solution, if the Anti-Defamation League wishes to retain any integrity, its CEO should be appealing to his former boss, Obama, not to betray Israel.

In urging restraint, it should be stressed that for a lame-duck president in his remaining 70 days in office to reverse US policy in this manner would make a mockery of democratic procedures. It would be contrary to American public opinion, in direct breach of a bipartisan resolution of Congress, and conflict with the policy enunciated by both presidential candidates, including Hillary Clinton, who explicitly committed herself to opposing UN intervention.

This article was originally published by Israel Hayom and The Jerusalem Post.