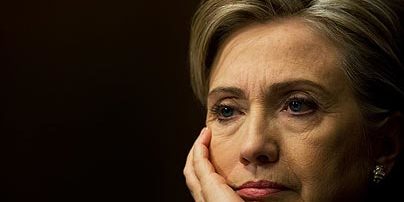 Never in American history has anyone as unfit and undeserving as Hillary Clinton run for U.S. President. While she stands on the threshold of being elected to the White House, she quite literally belongs in a prison cell. This article lays out the case against her, chapter and verse.

Throughout her entire four-year tenure as secretary of state, Mrs. Clinton never acquired or used a government email account. Instead, she transmitted — in violation of government regulations — all of her official correspondences via a private email address that traced back to a secret, private, unsecured server that was housed at her New York residence.1 And immediately after those emails were subpoenaed by Congress, Clinton instructed a team of her advisers to unilaterally delete, with no oversight, almost 32,000 of the roughly 60,000 emails in question.2

Clinton claimed that her reason for having used only a personal email account, rather than both a personal and a government account, was that she found it “easier,” “better,” “simpler” and more convenient to “carry just one device for my work and for my personal emails instead of two.”3 It was eventually learned, however, that Mrs. Clinton in fact had used no fewer than 13 mobile devices to access emails on her private server, but the FBI was unable to obtain any of those devices in its investigation, in some cases because Clinton aides had been instructed to smash them with a hammer. Continue Reading…