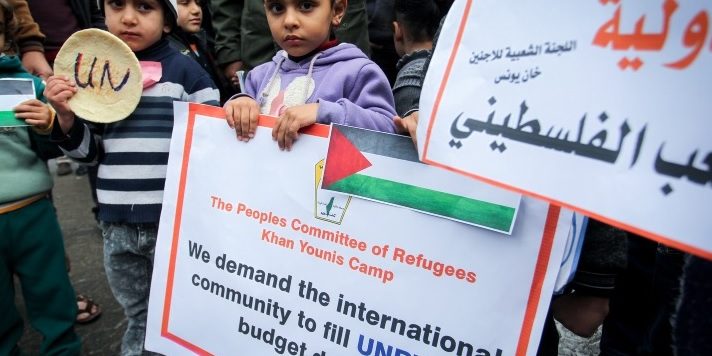 Prime Minister Benjamin Netanyahu on Thursday invited Palestinian Authority President Mahmoud Abbas to speak at the Knesset and offered to speak at the PA headquarters in Ramallah to advance peace.

But alongside the overture at the 71st session of the United Nations General Assembly in New York, Netanyahu also delivered a scathing rebuke of the Palestinian leadership, accusing it of “poisoning the future” by inciting terror through educational and TV programs and blasting it for its refusal to recognize Israel as the Jewish state.

The prime minister insisted that peace talks should resume though direct contact, telling Abbas that he is invited to speak “to the Israeli people in the Knesset in Jerusalem” and that he “would gladly come to speak the Palestinian parliament in Ramallah.”

“You have a choice to make,” Netanyahu said, still addressing Abbas, who had spoken in the plenum only minutes before. “You can continue to stoke hatred, as you did today. Or you can confront hatred and work with me to establish peace between our two nations.”

Reiterating that he remains “committed to a vision of peace based on two states for two people,” Netanyahu said that “Israel is ready to negotiate all final status issues,” and that “the road to peace is through Jerusalem and Ramallah, not New York.”

“One thing I would never negotiate is our right to the one, only Jewish state,” Netanyahu said to some sustained applause.

“This conflict is not about the settlements, it never was,” he said in direct contradiction to Abbas’s comments earlier. “It’s always been about the existence of a Jewish state.

The prime minister also lambasted the Palestinians over their plan to sue the British government for the 1917 Balfour Declaration, which supported “the establishment in Palestine of a national home for the Jewish people,” according to its text.

“That’s almost 100 years ago,” said Netanyahu. “Talk about being stuck in the past! The Palestinians might as well sue Iran for the Cyrus declarations, or file a class action suit against Abraham, for buying land in Hebron,” he added, referencing a Persian edict allowing Jews to return to Judea in 539 BCE and the Biblical patriarch.

“But they are not only stuck in past, they are poisoning the future,” Netanyahu went on, before launching into an attack on Palestinian incitement by attempting to describe the life of a fictional “13-year-old Palestinian boy, let’s call him Ali.”

Ali, explained Netanyahu, goes through his life — at soccer practice, in school — surrounded by reminders and tributes to terrorists, after whom soccer stadiums and educational programs are named.

Thirteen-year-old Ali knows that if he commits a terror attack against Israelis, he will receive a Palestinian Authority salary and is guaranteed a job with the Palestinian government when he gets out, Netanyahu said.

“This is child abuse,” charged the prime minister.

Netanyahu told the UN that unlike the Palestinians, Israel does not tolerate extremists, something that “proves the profound difference between our societies.”

He gave the example of a deadly arson attack on the Palestinian Dawabsha family in the West Bank by suspected Jewish terrorists in July 2015, and Israel’s response to it.

“Today, the Jewish citizens of Israel accused of killing the Dawabshas are in an Israeli jail. It proves the profound difference between our societies. While Israel jails the handful of terrorists among us, the Palestinians pay thousands of terrorists,” he said.

In his speech, Netanyahu also blasted the Hamas terror group for refusing to return the remains of two Israeli soldiers who died fighting in Operation Protective Edge two years ago in Gaza — and whose bodies were taken by Hamas — and for rejecting talks on the return of three Israeli nationals.

The prime minister urged world countries to stand with the families of those affected “and will all that’s decent, against the inhumanity of Hamas.”

‘Iran is still the greatest threat’

In his wide-ranging speech before the UNGA, Netanyahu also promised to never let Iran develop nuclear weapons — “not now, not in a decade, not ever” — generating applause.

Iran is the greatest threat to Israel, to the region and to the world, he said, returning to a central theme of many previous UN speeches.

Last year’s nuclear deal with Tehran, under which it agreed to curb its atomic program in exchange for easing international sanctions, did not eliminate the threat, argued Netanyahu, charging that the “threat of Iran poses to all of us is not behind us, it’s before us.”

There “must be a sustained, united effort to push back against Iranian aggression, Iran’s terror,” he added.

Speaking on other recent regional developments, Netanyahu spoke favorably of developing ties with regional countries, promising that “in the years ahead, Israel will forge lasting peace with all our neighbors.” That remark also generated enthusiastic applause.

Netanyahu said that world nations, notably in the Middle East, were shifting their traditional negative stances on Israel due to a changing region and the rise of common enemies, such as Iran and the Islamic State terror group.

“More than ever, many regional countries recognize that Israel is not their enemy but their ally,” he said, adding that the “common enemy is Iran and ISIS,” referring to the Islamic State.

“In coming years, we will work together openly,” he said, adding that Israeli relations with regional countries were “undergoing nothing less than revolution.”

“The change taking place in the Arab world offers a unique opportunity to advance peace,” he added, and “Israel welcomes the spirit of the Arab Peace Initiative.”

Netanyahu also took the time to praise the United States, a day after his meeting with President Barack Obama in which he thanked him for the recent $38 billion military aid deal signed last week.

America, said Netanyahu, is “the most powerful and generous nation on earth.”

“Our unbreakable bond with America transcends parties and politics,” he said, likely in reference to his many public disagreements with Obama, and between the two men’s administrations, over the past eight years.

Times at the UN are changing

Netanyahu began his speech at the UNGA by enthusiastically declaring that “Israel has a bright future at the UN,” before launching into a scathing attack against the agency and its bodies for their alleged anti-Israel bias.

“Year after year, I’ve stood at this podium and slammed the UN for its obsessive bias against Israel and the UN deserved every scathing word,” he said.

The UN General Assembly last year passed 20 resolutions on Israel, Netanyahu said, while only three were passed on the rest of the world.

“And what about the joke called the Human Rights Council?” he asked, charging that that body passes more resolution “each year against Israel than any other country in the world combined.”

Netanyahu also slammed the recent UNESCO document eliding the Jewish connection to Jerusalem and the Temple Mount, arguing that it was like “denying the connection between the Great Wall of China and China.”

“The UN, which had begun as a moral force, has become a moral farce,” he quipped.

But, he said, things are quickly changing, and the “day is not far off when many countries will stand with Israel at the UN.

“Because back home, governments are changing their attitude toward Israel and that will change how nations will vote at UN on Israel,” he said.

The prime minister attributed this unfolding change to a world desire for Israeli technology and knowledge on recycling, high-tech, agriculture, desalination and “cyber power.”

“In a decade, an Israeli PM will actually applaud the UN,” he said.