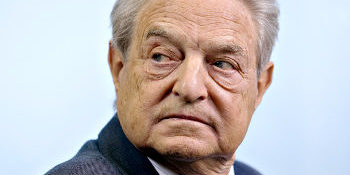 Hackers leaked hundreds of confidential reports from Jewish billionaire George Soros’ network of philanthropic organizations to the DC Leaks website over the weekend, revealing some troubling information. The reports detail the organization’s activities in Israel and the Palestinian Authority and expose the scope of Soros’ donations, as well as the network’s efforts to conceal its activities.

According to the leaked data, Soros’ Open Society Foundations focused on both U.S. and EU advocacy to exert pressure on, and delegitimize, Israel.

“For a variety of reasons, we wanted to construct a diversified portfolio of grants dealing with Israel and Palestine, funding both Israeli Jewish and PCI groups as well as building a portfolio of Palestinian grants and in all cases to maintain a low profile and relative distance — particularly on the advocacy front,” a foundation report noted.

Leaked documents show that since 2001, Soros transferred a total of $2,688,560 in 14 separate grants to Adalah, a self-described “independent human rights organization.” The organization has accused Israel of war crimes on multiple occasions in international arenas.

Since 2003, he donated $1,083,000 in nine payments to the Nazareth-based I’lam Media Center. I’lam accused Israel of ethnic cleansing in 2014, and has claimed that the Nakba (catastrophe, as Palestinians refer to Israel’s declaration of independence) “undermines the moral and ethical foundation of Zionism and, hence, of the State of Israel.”

Like-minded organizations received donations comparable in size from Soros, sometimes through the New Israel Fund, another grantee of the billionaire and his Open Society Foundations.

According to a report in the Jewish online magazine Tablet, a leaked report from the Arab Regional Office, the Middle-Eastern branch of Soros’ organizations, identified a shift in “political dynamics” in the U.S. following the publication of the Stephen Walt and John Mearsheimer paper “The Israel Lobby” in 2006. The paper noted, among other things, the lobby’s support for the now-unpopular U.S. invasion of Iraq.

The Arab Regional Office also noted increasing support for the boycott, divestment and sanctions movement around the world as one of the “improved opportunities we may choose to exploit.”

The document leak is of particular concern to American conservatives as Soros is a long-time Democratic donor, who has given millions over the years to Democratic presidential nominee Hillary Clinton. Those on the right claim Soros used prior donations to the then-secretary of state to influence her decision-making.