Column One: Who is being delusional? 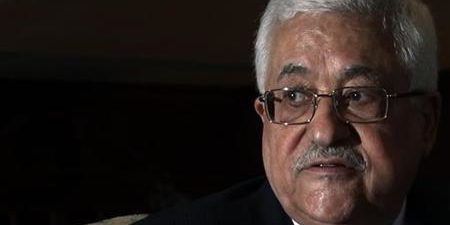 On Tuesday night, Channel 10 broadcast an interview with PLO chief and Palestinian Authority President Mahmoud Abbas in which Abbas admitted publicly for the first time that he rejected the peace plan then prime minister Ehud Olmert offered him in 2008.

Olmert’s plan called for Israel to withdraw from the entire Old City of Jerusalem, including the Western Wall, and from 93.7 percent of Judea and Samaria. Olmert also offered sovereign Israeli territory to the Palestinians to compensate for the areas Israel would retain in Judea and Samaria.

Abbas said his rejection was unequivocal. “I didn’t agree. I rejected it out of hand.”

For years, the story of Abbas’s rejection of Olmert’s 2008 offer has been underplayed. Many commentators have insisted Abbas didn’t really reject it, but just failed to respond.

But now the truth is clear. Abbas is not interested either in peace or in Palestinian statehood.

Abbas’s many apologists in the Israeli Left insist that he didn’t reject the plan on its merits. Rather, they argue, Abbas rejected Olmert’s offer because, by the time Olmert made it, he was involved in criminal investigations that forced him to resign from office eight months later.

Following the interview’s broadcast, Lavie countered that if Abbas were truly interested in establishing an independent Palestinian state, he wouldn’t have cared about the political fortunes of the Israeli prime minister. He would have taken the offer and run, knowing that, as Olmert said, the likelihood that he’d get a similar offer in the next 50 years was nonexistent.

The most notable reaction to Abbas’s admission was the reaction that never came. The Israeli Left had no reaction to his interview.

Abbas is the hero of the Left.

He is their partner. He is their moderate. He is their man of peace. Abbas is the Palestinian leader to whom every leftist politician worth his snuff, from opposition leader Yitzhak Herzog to the Meretz Knesset faction make regular pilgrimages to prove their devotion to peace.

Their man in Ramallah received the most radical offer ever to see the light of day. And rather than accept it, he rejected it out of hand and refused to meet with Olmert ever again, and he openly admits it.

The Left’s non-response is not surprising. Abbas’s decision to end all speculation about whether or not he is a man of peace is merely the latest blow reality has cast on their two-state formula.

The Left’s policy of land for peace failed more than 15 years ago when Abbas’s boss, Yasser Arafat, preferred war to peace and initiated the worst campaign of terrorism that Israel had ever experienced.

Yet for the last 15 years, the Israeli “peace camp” has never wavered in its view that, despite it all, Israel must rid itself of Judea, Samaria and Jerusalem.

Rather it members has grown angrier and angrier at their own people for abandoning them and less and less willing to agree that there is anything – including Israeli statehood itself – that is more important than giving up Jerusalem, Judea, and Samaria.

The Left’s reactionary position was on full display last Thursday at the annual “peace conference” hosted by the far left Haaretz newspaper.

Last year, the conference’s audience attacked Bayit Yehudi Party leader Naftali Bennett both verbally and physically when he presented his plan to apply Israeli sovereignty over parts of Judea and Samaria. This year it was Tourism Minister Yariv Levin’s turn to be assaulted.

Levin was subjected to constant catcalls from the audience, whose members called him “Goebbels” for arguing that the two-state formula has no chance of bringing peace and that the time has come to consider other options.

This week the Palestinian Center for Public Opinion published its most recent survey. The results were no surprise. Indeed, they were more or less consistent with historical survey results.

According to the PCPO data, 63 percent of Palestinians oppose holding peace talks with Israel.

Today a majority of Likud Knesset members and all members of the Bayit Yehudi’s Knesset faction oppose Palestinian statehood and support applying Israeli law to all or parts of Judea and Samaria.

Rather than deal with the fact that neither the Palestinians nor the Israelis support their two-state model, the Left has decided to ignore both.

The Haaretz conference last week hosted a panel discussing whether the two state paradigm remains viable. In his remarks, Prof. Shlomo Ben-Ami, who served as foreign minister in 2000 during the failed Camp David peace summit, explained that given the Israeli and Palestinian publics’ rejection of the two-state formula, (but especially the Israeli rejection of it), the UN Security Council determine Israel’s final borders. In other words, from Ben-Ami’s perspective, withdrawing from Jerusalem, Judea and Samaria is more important than maintaining Israel’s independence and governing in accordance with the will of the people.

When the panel’s moderator expressed concern that the mass expulsion of Israelis from their communities in Judea and Samaria which the two-state formula requires would cause a civil war within Israeli society, Ben-Ami just shrugged his shoulders.

“I don’t delude myself. I never deluded myself that this would be a boy scout trip,” he said. “You can’t do this through consensus….Consensus is the great enemy of leadership.”

Ben-Ami continued, “War unites, peace divides…A leader who wants to make peace will always have a split nation behind him.”

MK Meirav Michaeli, who serves as the Zionist Union’s Knesset faction head, said for her part that the greatest obstacle to peace is Israel. Ever since Yitzhak Rabin was assassinated, Israel hasn’t had a leader willing to do what it takes to make peace.

In Michaeli’s view, when the Left next forms a government, it will need to adopt – as is opening position in negotiations – the position that Israel shares responsibility for the fate of the so-called “Palestinian refugees.”

Michaeli explained, “Israel needs to be part of a coalition that will find a solution,” for the descendants of the Arabs that left Israel during the 1948- 1949 pan-Arab invasion of the nascent state of Israel.

Michaeli also insisted that Israel needs to stop demanding that the Palestinians recognize the Jewish state’s right to exist. Israel should suffice instead with a Palestinian acknowledgment that it does indeed exist.

It goes without saying that there has never been, and there never will be a majority of support in Israel either for Ben-Ami’s position or for Michaeli’s position. This is the reason that they prefer to ignore the Israeli people and wait for “the world” to save “the peace” for them.

This brings us to the 46 percent of Israelis who would like to separate from the Palestinians and let them have a state.

The only reason that a plurality of Israelis still supports a policy that has failed continuously for the past 15 years is because the Israeli Left has blocked all discussion of alternative policies.

To the extent they ever mobilized the temporary support of bare majorities of public, they did so only because the media campaigned continuously on behalf of these initiatives. Not only did key all the mass circulation newspapers and all major broadcast media outlets support these plans, they blocked all debate about them. Opponents were demonized as extremists.

And this brings us to the 35 percent of Israelis who support applying Israeli sovereignty to Judea and Samaria.

It is this virtual blackout on coverage of opposing views that makes the results of the Post’s opinion poll remarkable. In the absence of almost any public discussion of the possibility of applying Israeli sovereignty over Judea and Samaria aside from the self-generated publicity of advocates of the position, more than a third of Israelis overall, and a plurality of young Israelis supports it.

Over the past week, Netanyahu has been asked his opinion of the prospects for unilateral Israeli actions toward the Palestinians three times, once in Washington and twice in Jerusalem. Netanyahu’s responses have been enigmatic. But collectively they lend the clear impression that the premier does not support unilateral Israeli withdrawals from Judea and Samaria and at least in principle, does not oppose the sovereignty model.

In his remarks at the Post’s conference Wednesday, Netanyahu said cagily, “There are all sorts of unilateral moves in all sorts of directions. Wait and see. And they are not necessarily in the direction you think.”

Speaking to the Likud’s Knesset faction on Monday Netanyahu clarified his remarks on the subject last week in Washington saying, “I didn’t say unilateral withdrawals. I said unilateral steps. You can imagine what I mean – states are disintegrating and we will protect our interests.”

Sitting next to Ben-Ami at the Haaretz conference was the lone non-leftist on the panel. Halachic expert Malka Puterkovsky said that, in her view, Israel should apply its sovereignty over all of Judea and Samaria. Doing so, she argued, will not risk Israel’s future as a Jewish state.

Both the audience and her fellow panelists reacted to her statements with a the same extreme hostility with which they responded to Bennet and Levin.

When Ben-Ami – the man who thinks it is more important for Israel to expel some 100,000 Israelis from their homes than avert a civil war, and prefers borders forced on Israel by the UN to Israeli democracy and independence – was asked his opinion of Puterovsky’s position, he called the notion of Israeli sovereignty over Judea and Samaria “delusional.”

We need to take Netanyahu’s coy responses to questions about unilateralism as an invitation to begin a serious public discussion of the option.

As for how the peace camp will respond, well, there are worse things than having reactionaries call you “delusional.”