Major end time prophecy may be unfolding in Syria 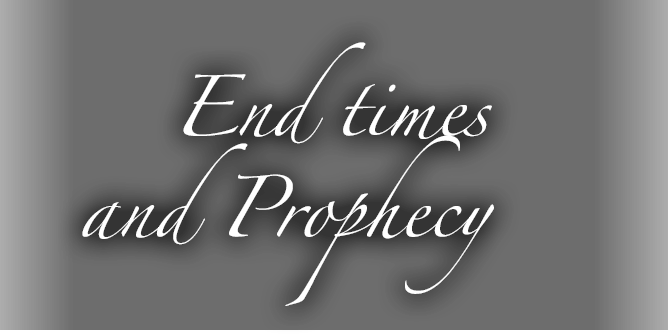 There has been a tremendous buzz of late in Christian circles that the entry of Russia into Syria, combined with Iranian troops, is setting the stage for the Ezekiel 38 end time battle where a coalition led by Gog emulating out of parts of the former Assyrian empire (now in Turkey) gathers with Libya, Persia (modern Iran), Ethiopia (modern Sudan) and others to war against Israel. This notion, however, relies on a coalition of currently opposing geopolitical goals quickly uniting to come against Israel. Persia (Iran), for example, would have to submit to those it wishes to control. This is unlikely to occur overnight, but there are end time prophecies that these events in Syria may be starting to fulfill right before our very eyes.

Daniel Chapter 8 describes how a ram with two horns charged toward the west, north and south and did as it pleased. Then a goat with a prominent horn came from the west and attacked the ram, shattering its two horns. The goat then became very powerful, but at the height of its power its horn was broken off. Then it grew four horns, and out of them came a small horn that grew in power. Many scholars have said that this prophecy accurately describes how Alexander the Great conquered Media-Persia and how his empire was divided into four parts after his death. As another part of the layer of prophecy, many scholars point toward the little horn as the future antichrist figure coming against Israel.

Let us consider, however, the interpretation of Daniel’s vision by the angel Gabriel beginning with verse 19: “Behold, I will make thee know what shall be in the last end of the indignation: for at the time appointed the end shall be. The ram which you saw having two horns are the kings of Media and Persia. And the rough goat is the king of Grecia.” According to Strong’s Accordance, the word “Grecia” in Hebrew is a location of “Yavan, a son of Japheth (the third son of Noah),” his descendants and their land. Research indicates that this land not only was Greece, but also the Eastern Mediterranean, including parts of modern Turkey–the entirety of Alexander’s empire. Other sons of Japheth were Gomer, Magog, Madai, Tubal, Meshek, and Tiras–many of the names mentioned in the Ezekiel 38 prophecy.

The Daniel prophecy may have been fulfilled in part. But Gabriel says that this prophecy is referring to “what shall be in the last end” and “for at the time appointed the end shall be.” This is clearly an end-time prophecy. There are events that must occur for the little horn to rise to power. The forces gathering in Syria could result in the eventual submission of Persia (Iran) to Grecia (Greece, Turkey, Eastern Mediterranean) with the help of Russia and the US, resulting in the rise of the beast. We may be seeing a major prophetic event unfolding in Syria. Remember also Isaiah 17:1, “Behold, Damascus is taken away from being a city, and it shall be a ruinous heap.” Watch and pray.