The beginning of the end of the Palestinian Authority 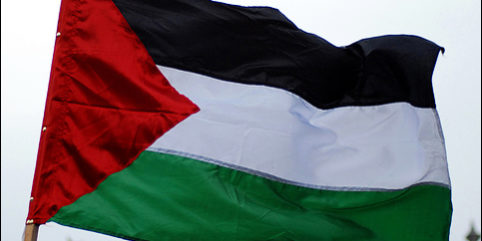 The current wave of terror on the roads of Judea and Samaria, in the streets of Jerusalem and other parts of Israel is a clear sign that the Palestinian Authority is becoming only the latest failed Arab “state” of the Middle East and will soon dissipate into the political oblivion of Arab Islamic political rivalry. The Palestinian Authority (PA) has played a major role in promoting the murderous incitement against Jews and the State of Israel in schools, in children’s programs on TV, in the media, and in the internet during the current wave of terror. Taking over this insidious role of who will represent the Palestinian Arabs is Hamas and the Northern section of the Islamic Movement in Israel, both enjoying unprecedented support and legitimacy in the eyes of Palestinian Arabs as well as Israeli Arabs.

Since the heydays of the Oslo agreement a generation of Palestinian Arabs and Israeli Arabs have grown up with social networks and have become addicted to Facebook, twitter, and other Islamic internet venues that not only incite to murder Jews but provide instruction material and training videos on how to go about it. The current terror wave is a direct result of this internet generated terror creating a new challenge to Israel’s security and police agencies who have yet to provide neither a tactical nor strategic response that will stop the current terror wave. These new neighborhood bullies, Hamas and the Islamic movement have no need and no desire to pay lip service to the now obsolete mantras of negotiations, peace, and co-existence. They refuse to play along and make believe as if they are interested in arriving at a peaceful and negotiated settlement with the State of Israel. The Palestinian Authority has been out-flanked by extreme Islamic organizations who have only one goal. They are espousing their hatred of Jews through the social networks and internet encouraging Arabs to go out and murder Jews.

Israeli Arabs do not hold on to their Israeli citizenship out of a desire to strengthen their Israeli identity. For them, their objective is to water down the state’s Jewish democratic identity. The determination not to lose their Israeli citizenship stems from the realization that no Arab regime will grant them the high standard of living and free lifestyle that they can maintain in Israel, thanks to the Jewish majority, something that always manages to delude them. This is especially prevalent among the younger and more educated among Israeli Arabs, who have adopted the belief that their struggle against the Jewish nation-state and Jewish sovereignty in Jerusalem is part of their collective Palestinian Arab identity. They see nothing contradictory in benefiting from the Israel-produced fruits of the land of milk and honey, while working towards Israel’s destruction as a Jewish state.

Israeli Arabs are increasingly electing radical representatives and their elites are committed to the more radical version of the struggle against the Jewish state. In the political arena, the radicals are almost the only ones who are given public expression, held in high esteem as role models. Israeli Arab Knesset members have become the most extreme and vocal supporters of the current wave of terror and have encouraged the Israeli Arab public to adopt violent actions against Jews.

Palestinian Arabs: They have transformed themselves into “in-house agents” of the Islamic organizations sweeping the Middle East. The Palestinian leadership refuses to acknowledge to its own people that we Jews have a history and sovereign legitimacy in Israel that goes back thousands of years; this same Palestinian leadership claims that there was no Jewish temple in Jerusalem and by extension no Jewish history ever in the Holy Land. They deny the Jews any religious, historical, or political legitimacy for the land of Israel.
The current terror wave is in fact a result of the failure of the organized Palestinian terror organizations in the past. Israel defeated the suicide terrorists of the 2nd Intifada in the early 2000’s decimating the terror infrastructure in Judea and Samaria. Rocket attacks emanating from the Gaza Strip have been stopped in mid-air by Israeli produced anti-missile systems making the rocket threat more of a nuisance rather than a strategic threat, with the threat of rockets fired from the Gaza Strip being entirely eliminated in the coming years. With little to show for so much terror over the years, the Palestinian Arabs have turned to the internet to instruct and encourage young Palestinians, men as well as women, to go out and stab a Jew.

The Palestinian Arab Authority aided and abetted by the Islamic Movement in Israel are two sides of the same coin leading the Arab population in Israel backwards towards the Middle Ages. Israel continues marching into the future stronger than ever, creating technological, medical, and agricultural advancements unprecedented in human history. The people of Israel have exhibited a level of resiliency enabling Israel’s leaders to make the correct assessments and decisions on how to respond to the current wave of terror. As the current terror wave will end in the coming days and weeks, the Palestinian Arab Authority will be just another former group of corrupt Arab leaders that have been thrown out by their own people.

The writer, a 25-year veteran of the I.D.F., served as a field mental health officer and Commander of the Central Psychiatric Military Clinic for Reserve Soldiers at Tel-Hashomer. Since retiring from active duty, he provides consultancy services to NGO’s implementing Psycho trauma and Psychoeducation programs to communities in the North and South of Israel and is a strategic advisor to the Chief Foreign Envoy of Judea and Samaria./  Contact: medconf@netvision.net.il