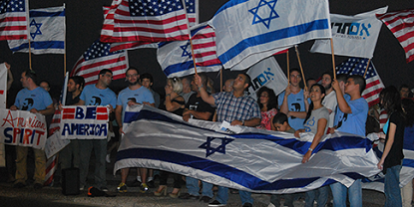 Cultural differences and leaving family behind can make immigrating to Israel difficult. But more and more Jewish Americans are making Israel their permanent home.

Seeing Jewish people return to Israel is like watching Bible prophecy unfold before your eyes. Isaiah, Jeremiah, and Ezekiel all speak of the Jewish return to the land.

Max Kresch, 19, came from Detroit. He is one of 59 newcomers joining the Israel Defense Forces as a “lone soldier” or one without any family here.

Almost 30 families with 75 children make up this group of new immigrants. They include Lisa and David Parshan and their two children.

“It was very nice to watch people just like us coming off…all jet lagged but with a smile on their face. It was really a very exciting experience,” Lisa Parshan said.

Their older daughter, Shira, paved the way for her family two years ago.

“You know Mashiach is coming,” Shira told CBN News. “I know that Israel is the place to be and I made aliyah (immigrate to Israel) when I was 17 years old.”

This group arrived on an El Al flight chartered by Nefesh B’Nefesh. The organization partners with the government to help North American and British Jews make aliyah and adjust to Israeli life.

“I just think that every Jew should be struggling with the issue of the Jewish homeland, and that’s not just a slogan but it’s rather an opportunity,” Rabbi Yehoshua Fass, cofounder of Nefesh B’Nefesh told CBN News.

Since its establishment in 2002, it has brought about 45,000 immigrants from the United States, Canada, and England. Rabbi Fass explained why they come.

“We don’t want the immigration from America to be an aliyah of necessity, of running away from something, of distress, duress, persecution. You don’t want that,” he said. “The beauty of North American immigration is that people are choosing (to come).”