How Can We Deal With Palestinian Depravity? 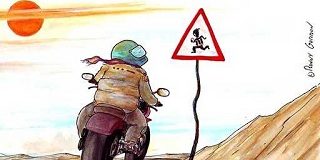 We can respond, but not in kind. A principled Israeli government should create Jewish and Zionist facts in direct response to Islamic hate.

In January, 2005, I wrote a chapter in the first volume of my trilogy, “Politicide: The Attempted Murder of the Jewish State.” It was titled, “The ultimate answer to Arab terror.”

I had hoped that my suggestion in that chapter would have borne fruit, but it was not to be. Let me suggest, again, what I had suggested ten long years ago – a period in which hundreds more Jewish civilians have perished in Judea, Samaria and Jerusalem from a relentless campaign of Islamic butchery by the Arabs who call themselves Palestinians.

A direct and pure Zionist response to each and every Palestinian Arab and Muslim terror atrocity against Israelis must be the building or rebuilding of Jewish villages throughout Judea, Samaria, all of Jerusalem and the Golan with each new village named in eternal memory of the individual Jewish victim who fell at the hands of Arab hate and evil.

Would that the Jewish villages in Gaza, so shamefully destroyed by the Sharon government, could also be rebuilt.

Years of futile hope that in the face of Arab knives, bullets, bombs, missiles, boycotts and venomous diplomatic warfare, matters will improve have availed Israel naught.

The answer to aggression from the Arabs who call themselves Palestinians is to act in ways that make it so painful for them that they will come to realize that their violence and blood-lust becomes horribly counter-productive.

Military responses to Muslim Arab violence are effective, but only up to a point, for the Fatah and Hamas thugs welcome death as shahids while relishing the 72 virgins allegedly awaiting them in paradise.

No, there is a far, far more devastating response that Israel must employ regardless of the howls of rage that will undoubtedly emanate from the baleful Obama administration and the ever hypocritical international corridors of power in Europe or in the immoral cesspit known as the United Nations. It is a purely Zionistic response.

Let me repeat. A principled Israeli government must make the irrevocable decision to finally respond to relentless Muslim Arab terror by restoring, rebuilding and creating Jewish villages and neighborhoods throughout Judea, Samaria, Jerusalem and the Golan, every time the Palestinian Arabs murder or harm any Israeli man, woman or child.

And each new village (I never use the pejorative term “settlement”) should be named in eternal memory of the victim of Arab hate and evil. This should be in addition to the legal, moral and sacred imperative to redeem and build throughout all of the Land of Israel from the river to the sea, even unto Gilead.

Create Jewish facts in direct response to Islamic hate. Let the likes of Mahmoud Abbas and the Fatah and Hamas goons see before their very own eyes how their encouragement of Muslim terror and glorification of the Muslim thugs who murder Israelis, systematically destroys their hopes for the creation, in the heart of the Land of Israel, of a fraudulent country called Palestine: one that has never existed as an independent sovereign state in all of recorded history.

And when the world and the current occupant in the White House rage that Jews are “impeding the peace process” by building new “settlements,” that same immoral world must be told that in direct response to every Israeli victim of Palestinian butchery, permanent Israeli villages will be created and recreated in Judea and Samaria – each one named after a victim.

Let the Jew haters refer their bankrupt protests to the sole instigators of violence and aggression: their beloved Arabs who call themselves Palestinians.

This must be official and non-negotiable Israeli policy. Only then will Mahmoud Abbas and his cronies in the so-called Palestinian Authority or the Hamas thugdom see where their hate and aggression is leading them.

And at the same time, each and every Palestinian act of violence, however large or small, should automatically result in an entire week of closure of the Temple Mount to Muslim worship.

In addition, law abiding registered Israeli civilians should be allowed to carry concealed weapons as a must everywhere they go throughout Israel.

It should have started long, long ago but make it now, today, with a direct and irrevocable response to the Palestinian Muslim slaughter of Jewish and Christian men, women.

This is the answer to the so-called Palestinians who perpetrate their loathsome sins while screaming the Muslim war cry – Allahu Akbar (Allah is Greater).

How long will the Netanyahu government permit this horror and humiliation to continue? Will Israel’s government finally act persuasively against Palestinian depravity? Or will more years and yet more precious lives be lost?

Victor Sharpe is a freelance writer and author of several books including The Blue Hour, a collection of short stories, and Volumes One, Two and Three of Politicide: The attempted murder of the Jewish state.