Obama Blocks Move of US Embassy to Jerusalem 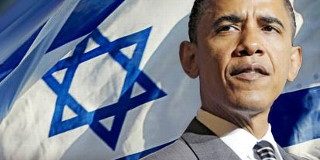 In a move that is becoming all too typical of the U.S. President Barack Obama and his policies towards Israel the President enacted a waiver, preventing the move of the United States Embassy to Jerusalem for at least another six months.

The move which goes against Congressional legislation mandating that the US moves its embassy to Israel’s capital, successive administrations going all the way back to the Clinton regime, have postponed the implementation of the legislation. Each by citing “National Security concerns”. Thus the past three presidents, spanning more than 16 years, have continuously pushed off this piece of legislature.

Jerusalem is not recognized internationally as the capital of Israel, even after the annexation of the eastern half of the city. Today, no country houses their embassy in the capital. Up until 2006 there were countries who did, however the last two, Costa Rica and El Salvador, moved their embassies to Tel Aviv in 2006.

Do you agree the Jewish people have a Biblical right to Jerusalem?

While it is customary for US presidential hopefuls, especially Republicans, to state that they will move the embassy to Jerusalem, once the President sits in the oval office, it has been unanimous on both sides of the US political divide, to enact the waiver and keep the embassy in Tel Aviv.

Possible Republican Presidential candidate, Jebediah Bush, stated that he would move the embassy to Jerusalem, and supports a unified Jerusalem under Israeli control in the future.

In his first comments made upon the issue while exploring a run for the Presidency, he said recently in Nashville that he “absolutely supports”Jerusalem remaining Israel’s capital forever.