How to Defend Israel? Talk About Rights. Not Just Security 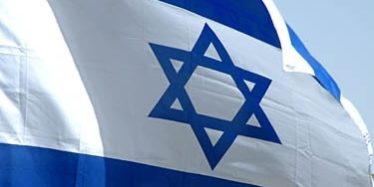 Israel diplomats were reportedly shocked this week when their country’s new deputy foreign minister asked them to speak up about Israel’s rights in the conflict with the Palestinians rather than just its security needs. As the Times of Israel reports, Tzipi Hotovely raised more than a few eyebrows when she told a gathering of the country’s diplomatic personnel that it was a mistake to downplay the country’s own territorial claims when seeking to counter complaints about Israel’s presence in the West Bank and Jerusalem. The very idea of quoting the Torah when speaking of ties to the biblical heartland of the Jewish homeland seemed to strike them and left-wing commentators who howled about it later as absurd. Indeed, as the left-wing Haaretz put it, the world may find the minister “hard to swallow.” But while the Likud Knesset member is swimming against the tide of international opinion as well as the culture of the ministry she’s running, she is right. Though many in an international community increasingly influenced by anti-Semitism and misinformation about Israel will never accept such arguments, as the Palestinians have demonstrated over the last generation, talk of rights always trumps security.

Hotovely, whose importance will be heightened by current the lack of a foreign minister (Prime Minister Netanyahu is reserving the post for himself while hoping to give it opposition leader Isaac Herzog should he join the government), is being dismissed as a right-wing extremists for even mentioning Jewish rights, but her critics would do well to heed her advice.

For the last 20 years, Israel’s diplomatic posture about the territories has concentrated on its willingness to make peace. Israel has repeatedly demonstrated its desire to negotiate with the Palestinians and give them a state if they are willing to recognize the legitimacy of a Jewish state next to them. But the Palestinians have repeatedly refused to do that. But they are not generally held accountable for this unreasonable stand because their position is basically that negotiations are unnecessary because Israel has not right to be in any of the lands that it took in the 1967 Six Day War. If the West Bank and Jerusalem are, as the Palestinians claim, stolen property, then they have a point.

But these lands are disputed territory to which both sides can make a legitimate claim. As I wrote in 2012, a report on the legality of Israel’s presence in the territories makes a definitive case that Jews have every right to be there. Asserting that right does not preclude surrendering some or even all of this land in exchange for genuine peace. But as long as the world accepts the fallacious notion that Israel is only there because of fears for its security, few will back it and that assumption undermines Israel’s negotiating position even as it seeks compromise rather than surrender.

Such a stand discomfits most Israeli foreign ministry employees and always has. Standing up for Jewish rights would make them even more unpopular in many of the countries where they serve than they already are. But they should be willing to brave the brickbats that will be thrown at them.

Israel’s case for its presence in the West Bank is based on historical, legal and spiritual factors that cannot be negated by revisionist Arab history of the region or the hate that the Jewish state inspires in its foes. It’s time for all of its representatives to stop trying to avoid the core issues of the conflict and to realize that no one will back Israel because its scientists are brilliant, its high-tech industry is innovative or its beaches are beautiful. The only answer to the apartheid state lies is a counter-argument that is rooted in the same sense of justice that motivates those who sympathize with the Palestinians. Saying Jews have a right to be in the West Bank doesn’t preclude a two-state solution. Not saying so ensures that the world will never seek to force the Palestinians to compromise and make peace.

Israel Is Not an Apartheid State
June 9, 2022
Red Alert: Not just the rise, but the acceptance of antisemitism—what can we do about it?
May 18, 2022
Palestinians threaten violence over Jewish ‘provocations’ on Temple Mount
April 13, 2022
Glory or weakness?
March 22, 2022
Germany loosens asylum requirements for Ukrainian Jews amid ongoing war with Russia
March 10, 2022
Iranian media slanders Zelensky with antisemitic article
March 10, 2022