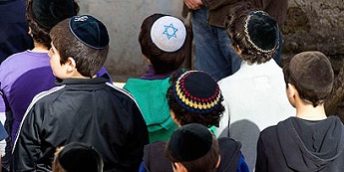 Researchers at Tel Aviv University have found that documented incidents of anti-Semitic attacks increased by almost 40 percent from 2013 to 2014.

The authors of the report explained that the anti-Semitic acts were “perpetrated with or without weapons and by arson, vandalism or direct threats against Jewish persons or institutions such as synagogues, community centers, schools, cemeteries and monuments as well as private property.”

The report comes on the heels of Holocaust Remembrance Day, which begins in Israel at sundown Wednesday.

“The overall feeling among many Jewish people is one of living in an intensifying anti-Jewish environment that has become not only insulting and threatening, but outright dangerous, and that they are facing an explosion of hatred towards them as individuals, their communities, and Israel, as a Jewish state,” the Tel Aviv University statement said.

The study found that the highest number of anti-Semitic incidents in 2014 occurred in France (164 incidents), where large swaths of the country’s Jewish population have left for Israel. In January of this year, four people were killed in a jihadist attack against a kosher supermarket in Paris.

Tel Aviv’s Kantor Center for the Study of European Jewry documented 68 cases of assault with a weapon, along with 114 attacks on synagogues, and another 57 against Jewish schools and community centers.

Many European leaders and citizens have cited Islamic anti-Semitism as the chief reason for the increase in Jews leaving the continent. Over 7,000 French Jews left for Israel in 2014.