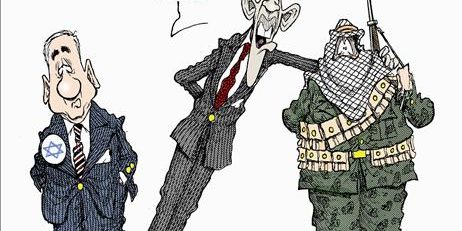 Now that Benjamin Netanyahu has won what the Israeli media are calling “a decisive victory,” people in Israel and around the world are asking themselves what Netanyahu’s victory means to Israel and to the world. Even those who are not necessarily experts on Israeli affairs and politics can easily discern some positive election effects just from the media news reports being circulated around the world.

First, there will be no Palestinian state. Netanyahu made this statement the day before the election and I believe it had something to do with the late surge of votes in his favor. The majority of the people of Israel have shown by their votes that they also do not want a Palestinian state. This result is also good news to evangelical Christians because we believe in the “Biblical mandate” that the God of Israel gave all the land of Israel, from the Jordan to the Mediterranean, to the Jewish people as “an everlasting possession.”

God has also clearly declared in the Bible through His prophets that He will not allow anyone to drive the Jewish people off the land of their restored nation, and that includes the territories of Judea and Samaria. Many are criticizing Netanyahu for changing his mind, citing that he had previously stated he was in favor of “the two-state solution.” It should have been apparent to all that he only made such a statement because he knew a Palestinian state would never happen, because the Palestinians have made such ludicrous demands to which Israel could never possibly agree.

In addition, Netanyahu knew that the Palestinians had already twice rejected all that Israel could possibly offer. The rest of the world, including the United States, the United Nations and the European Union, may keep pressing Israel to agree to “the two-state solution,” but they all should understand that the Palestinians are the ones who are objecting to this solution. They have made it clearly known that they want all the present land of Israel, not just a portion of it.

The second result of Netanyahu’s re-election as Prime Minister is that now there will probably be no war. A leading Israeli media analyst, Ehud Ya’ari, warned that if Isaac Herzog’s party had won the election and he became the next prime minister, Israel’s enemies would certainly take the opportunity to militarily test the state’s new leadership. “If a government headed by Herzog is established, I will not be surprised if there is an attempt by the Iranian-Hezbollah-Hamas side to test it very early on,” Ya’ari wrote. So the question has been raised about how the liberal government would react in the case of a possible enemy attack. The Zionist Union and other liberal parties are all in favor of simply giving the land of Judea and Samaria (the West Bank) to the Arabs for a Palestinian state, but the Arab-Muslim coalition of enemies might be quick to attempt to take over the entire land of Israel by military force. A third result of Netanyahu’s election is that Israel’s relations with the president of the United States will remain cool.

It was well noted that US President Barack Obama was mighty slow to congratulate Netanyahu for his victory, thus demonstrating his dissatisfaction with the election results. By now it’s no secret that Obama sent skilled personnel, backed by significant financial resources, to do everything they could to help defeat Netanyahu and his Likud Party in the election. Obama was embarrassingly defeated by the results. It’s been reported that when President Obama finally did call Prime Minister Netanyahu, he focused on all the big differences he has with the Prime Minister, and not on Netanyahu’s positives. Regardless of what the Israeli (and American) people think and want, it’s not likely that Mr. Obama will change his mind.

After all, that would take a real statesman with maturity and experience; not one who is having a temper tantrum. It’s unknown whether or not Netanyahu’s re-election to serve as Israel’s Prime Minister will mean any change in Israel’s relations with Iran, especially concerning Iran’s acquisition of a nuclear arsenal. However, it seems likely that Iran will continue to respect Israel’s nuclear power and willingness to use it, if necessary. Even though the United States and the rest of the world seem to ignore Iran’s threats of annihilating Israel and the Jewish people, Netanyahu takes these threats very seriously. He will surely be ready to do whatever he may have to do whenever and if ever the time comes.