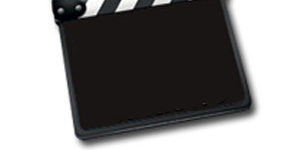 Senator Marco Rubio (R-FL) on Thursday night delivered a powerful speech against US President Barack Obama’s increasing hostility towards Israel after Prime Minister Binyamin Netanyahu’s elections victory, as the White House threatened to pull support for Israel at the UN.

Rubio began by noting “Israel is everything we want that region of the world to be,” pointing out the Jewish state’s democracy, free enterprise economy, and status as a strong American ally.

Speaking about Israel’s “unique purpose” as “the homeland for the Jewish people in the aftermath of the Second World War and of the Holocaust,” he noted his pride that America has “stood behind the Jewish state for all of these years.”

However, that support is in danger he charged, pointing that as of the time of his speech Obama had yet to call Netanyahu to congratulate him on his victory – the call came later on Thursday night, a full two days after elections.

Rubio revealed the hypocrisy of the delay, given that in 2012 Obama was among the first to call and congratulate Russia’s Vladimir Putin, President Mohammed Morsi of the Muslim Brotherhood in Egypt, as well as Chinese Communist leaders, and in 2013 he likewise rushed to call Iranian president Hassan Rouhani.

The senator provided an overview of Obama’s noted slant in bashing Israel back from his campaigning days in 2008.

At eight minutes and 25 seconds into the video, Rubio turns up the heat, focusing on the post-election fallout.

Obama accused Netanyahu of “divisive language” in the elections, noted Rubio, saying the criticism was hypocritical given that Obama “was elected at least once, probably twice, on extremely divisive language.”

Making the hypocrisy of the criticism more apparent according to Rubio is that after Iran’s “fraudulent election” of 2009, a local Green Revolution started and was violently put down – in that case, Obama refused to “interfere in the sovereignty of Iran.”

Obama has also harped on Netanyahu for saying the conditions for a two-state solution do not exist, threatening to reconsider the US’s position in the UN and possibly allow a resolution recognizing the Palestinian Authority (PA) as a state.

“Obama is making an historic mistake”

Rubio argued the conditions are not right for a peace deal. He pointed to how Israeli withdrawals from southern Lebanon and Gaza turned them into rocket launching grounds, how the PA turned down every peace offer, how 6% of the PA budget goes to jailed terrorists and their families including with foreign donor money, and gave multiple illustrations of PA incitement.

“These are the people that this president wants to put pressure on them (Israel) to cut a peace deal with,” emphasized Rubio. “I think Netanyahu is right that the conditions do not exist for a peace deal with people who teach their children that killing Jews is a glorious thing…that there’s no such thing as a Jewish people, that any methods of destroying them is valid, that pay them salaries and benefits.”

Rubio asserted “this president is making an historic mistake. Allies have differences, but allies like Israel, when you have a difference with them and you amke it public, it emboldens their enemies…to launch more terrorist attacks, to go to more international forums and delegitimize Israel’s right to exist.”

Denouncing Obama’s anti-Israel rhetoric, Rubio said “this is outrageous, it is irresponsible, it is dangerous, and it betrays the commitment this nation has made to the right of a Jewish state to exist in peace.”

“They deserve to be treated with more respect, not less, than this president is giving the supreme leader of Iran,” he added, noting Obama is wary of upsetting Iran to as not to harm the nuclear deal being formed.

“If America doesn’t stand with Israel, who would we stand with?” posed Rubio. “If they are not worthy of our unconditional support, then what ally of ours around the world can feel safe in their alliance with us?”