As Egypt pulls back from Sinai, threat to Israel said to rise 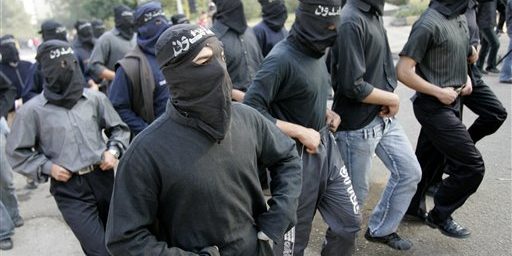 In a potential game-changer for Israel, Egypt scaled back its military presence in the Sinai Peninsula, redeploying troops from its Gaza border to its western one with Libya in a bid to combat Islamic State fighters.

Unnamed Israeli security officials warned that the reduced military presence in the northern Sinai Peninsula might allow terrorist groups to get a foothold and carry out attacks against Israel, the Walla news site reported Thursday.

“Egypt is operating according to its priorities, and at this point sees the porous Libyan border as a more significant threat. This is a territory over 1,000 kilometers (600 miles) long, on the other side of which Islamic State operatives are running amok, murdering Egyptian citizens,” an unnamed security official told Walla.

The unnamed source warned that the “redeployment of Egypt’s special forces from the Sinai to the Libyan border will weaken the Egyptian pressure on terrorist groups that may act against Israel.”

The move comes amid tension between Cairo and Washington as well as warming relations between Russian President Vladimir Putin and Egyptian President Abdel-Fattah el-Sissi.

The report said that some Israeli officials fear that stronger ties between Cairo and Moscow may adversely affect relations between Israel and its Arab neighbor.

Despite the shift of forces, Israel has recently enjoyed productive security cooperation with Egypt, with Cairo cracking down on armed groups in the Sinai and destroying smuggling tunnels running beneath the border into the Gaza Strip.

The Rafah crossing between Gaza and Egypt, Gaza’s main gateway to the world, has mostly been closed since October.

Egypt’s decision to strengthen its Libyan border comes as IS extremists have been gaining ground in the country, feeding on chaos that has engulfed the country since dictator Muammar Gaddafi was toppled and killed in a 2011 NATO-backed uprising.

The country is awash with weapons and has two rival governments and two rival parliaments, with authorities unable to rein in powerful militias battling for power and to control the nation’s oil wealth.

AFP, AP and Jonathan Beck contributed to this report.