Urgent Appeal for the Jews of France 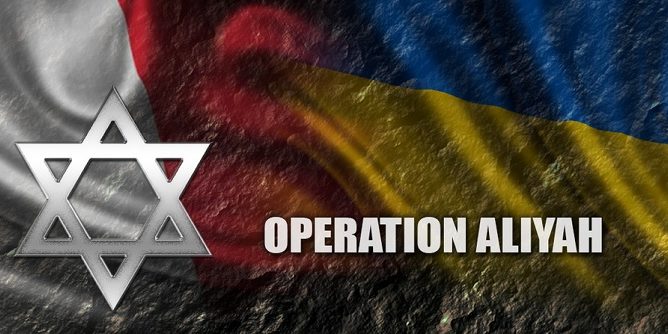 The dramatic events in Paris have served as a sobering wake-up call to the world about the dangerous resurgence of anti-Semitism in Europe. But for Jews in France and all across the continent, it was more a crushing reminder of the harsh reality they have known about already for years now.

Long before the terror assault on the Charlie Hebdo magazine offices and the deadly hostage stand-off at the kosher supermarket in Paris, one could visit Jewish communities anywhere in Europe and find a people under siege. Jewish synagogues, museums and community centers all have metal detectors and armed guards posted outside. Jewish schools and seminaries have become like fortresses.

If anything, the terror attacks in Paris have shattered any remaining sense of security for much of European Jewry. The hope that their governments could somehow protect them is vanishing.

But protect them from what?

Even with the public outrage over the Paris attacks and the mass ‘unity’ rallies in the streets of France, most world leaders are still unwilling to identify the real menace now stalking the Jews of Europe – the scourge of Islamic jihadism.

The rallies spoke out against both anti-Semitism and Islamophobia – as if they were equally claiming scores of innocent lives at present.

The rising threat now facing European Jewry is an extremely toxic mix. First, there is still much classical anti-Semitism among native Europeans which induces them to vilify Israel as a main cause of Muslim extremism. Add to that the youth violence among the growing Muslim immigrant communities from North Africa and the Middle East. And now home-grown jihadists are returning from battle in places like Yemen, Iraq and Syria as trained militiamen seeking to hunt down easy Jewish prey.

No wonder then that Jews are starting to leave France in record numbers. French aliyah reached an all-time level in 2014 with nearly 7,000 Jewish people moving to Israel. It marked the first time in Israel’s modern history that the highest number of Jewish immigrants came from a Western country.

Jewish Agency authorities were already anticipating that number to double in 2015 to around 15,000. And that was before the Paris terror attacks, which are now expected to accelerate French Jewish aliyah even more.

Last year, some 50,000 French Jews approached the Jewish Agency for information about moving to Israel. This week alone, another 2,000 signed up to begin the aliyah process.

Thus the Jewish Agency has asked the Christian Embassy to assist with funding for the huge influx of French Jews expected to come home to Israel in 2015.

The general perception is that most French Jews can afford the move to Israel. But the reality is that nearly half of the 550,000 Jews in France escaped to there from North Africa several generations ago and many still live in poorer neighbourhoods alongside Muslim immigrants that came from the same countries of Morocco, Algeria and Tunisia.

So they are the most vulnerable Jews at present, and the least able to afford the expenses of moving to another country. And according to the Jewish Agency, it is Sephardic Jews in France which feel the least secure and are showing the most interest in aliyah right now.

The ICEJ will be funding aliyah seminars, ground transport, flight tickets, absorption costs and other expenses involved in the immigration process. The Jewish Agency has estimated that the average cost for those who need assistance is $1100 per person.

So please give today to this urgent need. Help us bring home more French Jews, before it is too late.