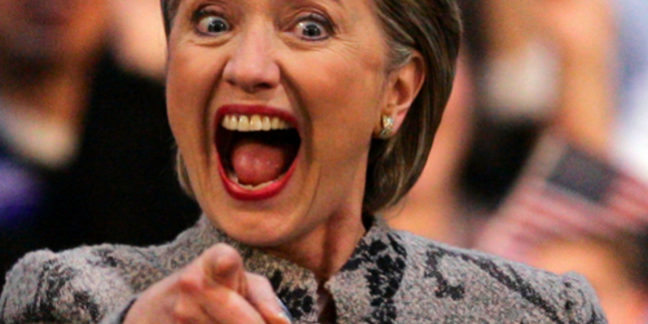 Since its creation in 1947, there has been no greater friend of Israel on the international stage than the United States of America. When the Jewish state was founded, it was supplied with arms, weapons, and military supplies for the fledgling country. Throughout the 20th century, America stood beside its staunchest ally in the Middle East while other nations threatened its very existence.

Now, in an unfortunate turn of events, America’s former-Secretary of State Hillary Clinton has labeled Israel as an occupying force in its own homeland. In her recently released memoirs, “Hard Choices,” Clinton stated that the Jewish state is continuing a long-standing and brutal occupation of the West Bank. She claims that the Israeli occupation denies Palestinians living in the West Bank “dignity and self-determination.”

Officials in Israel and the US accused Clinton of a striking a tone deaf note in her comments and suggested that her claims reveal a bias against the Jewish nation. More startling though is the continuation of President Obama’s overarching policies toward one of America’s oldest allies. Under the current administration, Washington consistently puts pressure on Israel to drop its claims on land in the West Bank and Gaza Strip to provide the Palestinians with an opportunity to create an independent state.

Earlier this year, current Secretary of State John Kerry used the term “apartheid state.” The Obama administrations game plan in the Middle East has been one that provides little support to Israel and coddles terrorists bent on tearing the region apart at the seams. Sources on Capitol Hill can recall an incident in 1999, as proof of Clinton’s views on Israel, when the then-First Lady sat beside Yasser Arafat’s wife (Suha Arafat) with a smile on her face as the terrorist leader launched an anti-Semitic barrage at Israel.

The land in question in Clinton’s memoir consists of vary swaths of territory that Israel seized in 1967 during the Six Day War. Egypt, Jordan, and Syria initiated the Six Day War in a coordinated, three-pronged attack aimed at destroying the Jewish state. Since then, Israel has maintained possession of those territories and controlled the flow of arm, weapons, and terrorists in and out of the regions in question.

Given Hillary Clinton’s likelihood to run for president in 2016, many are concerned that she strikes a similar tone to President Obama’s current (and failed) policies toward Israel and the Middle East. The clear message emanating from Washington today is one of “blame Israel.” In her memoirs, Clinton accuses Israeli Prime Minister Benjamin Netanyahu of lacking seriousness when it comes to addressing the issue of peace between his country and Palestinians.

Clinton specifies that Netanyahu appears suspicious of peace talks that require Israel to forfeit land in return for the promise of peace. While most Americans cannot imagine the small comfort zone Israel lives with every day, Clinton has seen those battle lines firsthand. She has been to Israel and seen the miniscule margin between Israel and a group of people bent on destroying it. Clinton has seen that and can still manage to make such insensitive remarks. –