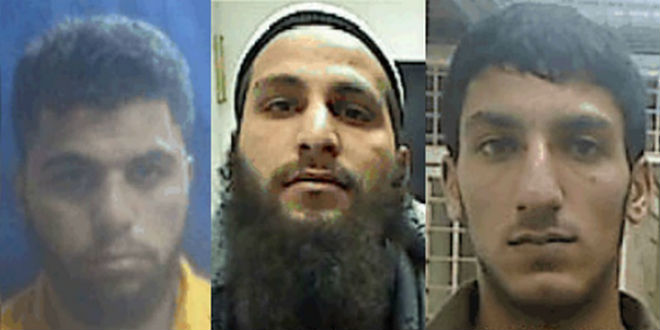 The cell members were arrested in November 2014 by the Shin Bet and have been charged with launching an unsuccessful terror attack against IDF soldiers and conspiring to kidnap and kill Israeli civilians and military personnel in Judea and Samaria.

Information regarding the arrests were cleared for publication late Sunday by the Shin Bet after a gag order was lifted.

Under interrogation, Shehadeh revealed that they intended to establish an armed wing of ISIS in the Palestinian territories. Along with Maswadeh, Shehadeh created numerous explosive devices which they tested in the field against an IDF soldier, causing no casualties.

The two terrorists also conspired to steal an IDF uniform and rifle by killing a soldier. They then intended to use the gear in shooting attacks, but later backed out of the plan.

Other attacks include killing an armed Israeli in a natural spring near Hebron, Ein Avraham, with the intention of stealing his weapon.

All three members of the cell confirmed the various plots to Israeli security services and remain in custody.

News of the busted ISIS cell comes after the creation of a new intelligence unit within the IDF tasked with tracking ISIS’s attempts to recruit Palestinians to their cause.

“ISIS’s people are knocking on our border,” an IDF officer explained to Channel 2. “Today they are strong in Sinai and therefore we have to prepare for it. In general all threats of terror within our border employ all of the IDF.”

“We made adjustments when we realized that the phenomenon of ISIS breaks any previous historical limits,” the senior military officer added.

The dismantling of the terror cell is the first time ISIS terrorists have been caught operating inside Israel.