Will the light of humanity be forever dimmed? 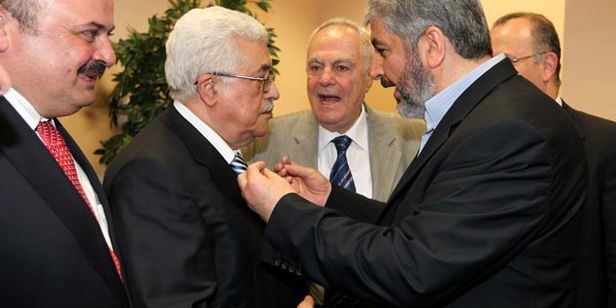 We have arrived at the most vulnerable stage in reconstituted Israel’s modern history. In 1967 those who were her enemies were easily identifiable. Now, those who casually contribute to the trend of her “de-legitimization” come from all walks of life, and many come from the very heartlands of Israel’s list of official allies.

There is a need now, more than ever, to address the history of what brought Israel to this point, and to identify how the undermining process takes place. Hamas, among Israel’s most virulent enemies, implacably opposed as it is to the existence of the Jewish state and to the very survival of Jews worldwide, has gained friends in the West.

Publicity stunts with manipulated photos and videos, the use of women and children as human shields – a crime against humanity – all carried out by Hamas to provoke violence and falsely accuse Israel are ignored by the mainstream media in what passes for the civilized West, and Israel is blamed for merely defending itself.

After the last Hamas aggression during the 2014 Gaza War, foreign correspondents sheepishly admitted to having been blatantly controlled by Hamas minders and violently threatened if they dared to report the truth during the conflict.

The passive-aggressive machinations of Hamas, Fatah and their Islamist and leftist supporters – those who go on convoys or flotillas and constantly claim that Israel deliberately kills Palestinian civilians – are reigniting the ancient blood libels spewed by both the Church and the Mosque.

They do so, they claim, to support the rights of the Arabs who call themselves Palestinians. The corrupt and petro-dollar whorehouse known as the United Nations gives its ear to the Holocaust denier, Mahmoud Abbas, even though he proclaims endlessly that in his proposed Palestinian state – a state that has never existed in all of recorded history – no Jews would be permitted to live.

Such bigotry and espousal of naked Muslim Arab apartheid and ethnic cleansing of Jews ignores the undeniably fact that Israel is the most pluralist and democratic nation in the entire Middle East.

The blood libel continues in the taunts of genocide by those who would exterminate an entire nation and who would deny the very real horrors of the Holocaust. And yet, so many in the West cannot see how perverse their viewpoints have become. They ally themselves with people in Hamas who religiously believe – as attested in the Hamas Charter, article seven – that at the end of time, even the rocks and trees will wish to see Jews murdered:
“The Day of Judgement will not come about until Muslims fight the Jews (killing Jewish men, women and children), when the Jew will be behind stones and trees. The stones and trees will say O Muslims, O Abdullah, there is a Jew behind me, come and kill him. Only the Gharkad tree would not do that because it is one of the trees of the Jews.”

(Related by al-Bukhari)
Such is just one verse from the poisonous brew saturating the Koran. Yet still the likes of President Obama, Vice President Biden and Secretary of State, John Kerry, endlessly repeat their delusional mantra that “Islam is a religion of peace.”

There is no tolerance, no sense of compromise in the Hamas Charter. Yet Western governments, those that have Muslim advisers who come from the same ranks of the Muslim Brotherhood that also spawned Hamas, urge Israel to make ever more disastrous and suicidal concessions.

Israel must give up what they pejoratively call “settlements.” Israel must give up more and more of its miniscule land and be reduced to a width of just nine miles at its most populous region. It must negotiate with terrorist movements that have nothing but racist contempt for Jews.

The Palestinian Authority media, dominated by Fatah, continues day after day to spew its litany of hate and indoctrinate its children to love death. But the European Union, the United Nations and the U.S. State Department pour billions of Euros and dollars into this cesspit while UNESCO members grant legitimacy to such terror organizations as Hamas and Fatah which constitute the so-called Palestinian Authority’s regime.

There are many players in this dance macabre, and there are many egregiously seductive arguments presented to the world at large. The clearly anti-Jewish BDS movement works its evil throughout Europe and the U.S. every day.

BDS represents the modern day storm troopers of anti-Semitism, criminally seducing students in the western colleges who know nothing of the history of the Israel-Islam conflict, and filling their heads with anti-Jewish and anti-Israel propaganda. Such students and faculty members thus become duped cannon fodder for a hateful ideology and movement. What we have now is not simply a military assault upon the Jewish state. There is now an intellectual assault which is unprecedented in its ferocity and falsity.

If Hamas was so good, why did a sister of Ismail Haniyeh, the leader of Hamas in Gaza seek treatment recently in an Israeli hospital where she was given excellent care? Other sisters of Haniyeh chose to move to Israel as citizens over thirty years ago.*

Kholida, Laila and Sabah knew that in Gaza under Sharia law, women had no rights to walk unescorted, to have their heads uncovered, and to do business on their own terms. Indeed, throughout most of the Muslim world, women are inferior and treated so often as mere chattels. It is essential to know the facts and to let others know.

Israel is an oasis of freedom and democracy in a surrounding desert of Islamic hate, barbarism and inhumanity where hundreds of thousands of men, women and children are beheaded and Christians, Yazidis and fellow Muslims are crucified by IS (Islamic state).

Israel is that solitary shining beacon surrounded by darkness. If its light dies, then so will the light of humanity be forever dimmed.

It is thus tragic beyond words that Barack Hussein Obama demonstrably seeks to undermine the survival of Israel while embracing and strengthening the most despotic and terrorist enabling state in the world; the Islamic Republic of Iran. This is a regime of irrational mullahs intent on obtaining nuclear weapons which will change life for the worst for all mankind if they are allowed to succeed.

There is an ancient saying from the Jewish Ethics of the Fathers: “He who is kind to the cruel, becomes cruel to the kind.”

A Hard Left Turn Against Israel in the U.S. Congress
June 3, 2022
Journeying back to where it all started: Revisiting the Egyptian Exodus
April 13, 2022
Sorry, Everyone, Hamas is Still a Terrorist Group
December 6, 2021
Hanukkah in Ancient and Modern Israel: “A Great Miracle Happened There”
December 3, 2021
Red Alert: Part 1, Interview with Dara Horn. What do we have to gain from perspective?
November 24, 2021
Bible Fiber #5: Joel 1
September 30, 2021