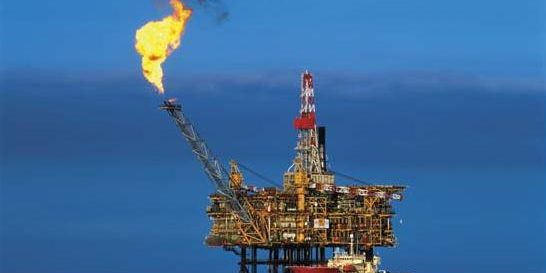 The Israeli navy had detected smoky signs that a rocket might have been fired by Hamas from the shores of Gaza. As a voice over the loudspeaker warned to take cover, the crew raced up the metal stairs to a small gym that doubles as an air raid shelter.

It turned out to be a false alarm.

Natural gas is both a geopolitical tool and a target in Israel, where a newfound bonanza of resources has the potential to improve ties with energy-hungry Egypt, Jordan and even the Palestinian Authority.

But the linchpin of this diplomatic push is not an Israeli official, a Middle Eastern king or an American ambassador. It is an oil company in Texas.

Noble Energy, the Houston-based company that runs the Tamar platform and is developing another field nearby, has struck a series of deals in recent months to sell gas from Israel to its neighbors, an export strategy encouraged by the Obama administration to help ease tensions in the region. Both Jordan and the Palestinian Authority have signed preliminary agreements in recent months, while Noble is in talks to supply larger amounts of gas to Egypt.

The corporate connection is crucial. As the main negotiator and broker, Noble is giving cover to leaders who could otherwise face political blowback for buying gas supplies in deals directly with the Israeli government.

“What these deals demonstrate is that gas can be a tool for partnerships that are commercial with strong, positive geopolitical benefits,” said Carlos Pascual, a former international energy coordinator at the State Department.

Noble Energy, which has a taste for risky exploration in unlikely places like the Falkland Islands and Nicaragua, started exploring here in the late 1990s. The platform was built in Corpus Christi, Tex., and transported by boat to its present site.

A slice of Gulf of Mexico oil culture came, too. The canteen serves fried shrimp and Dr Pepper. A handful of American industry veterans monitor the gas flows and train Israeli technicians.

Noble, which completed the development of Tamar last year for $3.5 billion, says that it has found more than 800 billion cubic meters of gas off Israel. The finds would be enough to satisfy current Israeli demand for about a century, greatly easing the country’s need for imported fuels.

Noble is acutely aware of its surroundings. Half of Israel’s electric power now comes from the natural gas that flows through Tamar, making the platform and an onshore processing plant a tempting focus for rockets from Hamas or more distant enemies. Security makes up about half the personnel on the Tamar platform.

The platform “is a sitting duck,” said Amit Mor, an Israel energy consultant.

While Israel’s gas consumption is growing fast, the domestic market is not large enough to fully tap Tamar’s potential, much less develop a much larger field called Leviathan. So Noble and its Israeli partners have focused on Egypt and Jordan as the nearest, cheapest-to-reach places to export.

“As we learned more about the regional market and the need for gas of Israel’s neighbors, that became the more attractive approach,” said Binyamin A. Zomer, an Oklahoman who heads Noble’s operation here.

The Obama administration has quietly pushed the strategy. As United States officials see it, the energy ties could further cement the fragile peace between Israel and its neighbors, and perhaps offer Europe another gas source to lessen its dependence on Russia.

“With energy you are talking about something fundamental that really counts,” says Gideon Tadmor, chairman of Delek Drilling, Noble’s partner.

While Jordan’s relations with Israel have been tense lately, the country has been a receptive customer because it badly needs gas for its growing energy needs. Since 2011, Jordan, like Israel, has had its gas supply disrupted, as militants in Sinai repeatedly attack a major gas pipeline from Egypt.

Secretary of State Hillary Rodham Clinton talked to King Abdullah of Jordan about Israeli gas in 2011. Amos J. Hochstein, a top energy diplomat at the State Department, approached Noble Energy in early 2012 about making a deal with the Jordanians, according to American officials with knowledge of the meeting. Formal negotiations, involving company executives as well as Israeli, Jordanian and American officials, began that year at the Royal Court in Amman.

But the talks dragged on for two years with negotiators shuttling between hotels on Jordan’s Dead Sea coast and the Hilton Hotel at London’s Paddington Station. In a volatile region, King Abdullah risked drawing the fire of domestic critics if he bought fuel from Israel.

United States officials tried to smooth the process. They provided funding to train Jordanians in gas regulation. The American ambassador to Jordan, Stuart E. Jones, invited negotiators to continue talks in the relaxed atmosphere of his Amman residence when talks got tense elsewhere.

Noble helped break the impasse by striking a separate deal with two Jordanian mineral companies, Arab Potash and Jordan Bromine. The companies will buy about $500 million of gas over 15 years from Tamar.

The private contract paved the way for the Jordanian government, which wanted a deal that would legally be with the American company, rather than Israel. Seven months later, Noble signed a preliminary agreement to sell gas from Leviathan to Jordan for electric power, worth an estimated $12 billion.

Despite the benefits, such deals will most likely face criticism when tensions between neighbors rise. For instance, a large contingent of lawmakers in the Jordanian Parliament last week moved to limit purchases of Israeli natural gas. So far, the government appears unshaken in its desire to buy the gas.

Jordan is one of the latest deals for Leviathan. In January, Noble and its Israeli partners reached an agreement to supply a power plant under construction in the West Bank by a Palestinian group.

Industry experts say that Noble will need more long-term commitments to support the expense of Leviathan. The project is expected to cost as much as $8 billion, and the Jordan deal accounts for only about 9 percent of the gas.

The most likely anchor customer is Egypt, a huge and growing market. Today, two gas export facilities on the Mediterranean are sitting largely idle. The Egyptian government is blocking exports in order to meet high domestic demand and stave off power blackouts.

This year, Noble reached nonbinding agreements with the owners of both of these facilities — BG, the large British producer, and a joint venture of Italy’s ENI and Spain’s Gas Natural Fenosa — to supply their facilities from Tamar and Leviathan. As part of the deals, the gas would also probably flow to the domestic market in Egypt.

“Egypt has a very severe energy and power crisis right now and they are really desperate for Israeli gas,” said Leslie Palti-Guzman, an energy and geopolitical analyst at Eurasia Group, the New York-based political risk consulting firm. “But there is also a lot of opposition from public opinion.”

Participants in the continuing talks on Egypt, which usually are held in London, say that many details need to be worked out. But Egypt’s new military president, Abdel Fattah el-Sisi, is leaning toward buying the Israeli gas, according to oil executives and independent experts. Ms. Palti-Guzman said it would help protect Mr. Sisi from political resistance if the deals appeared to be between companies, not governments.

Noble and its partners are also looking for alternatives. They have commissioned designs for a floating liquefied natural gas facility, which would allow them to move gas to the global markets.

And domestic businesses are taking advantage of the new gas. One Israeli company, Dorad Energy, recently built a $1.3 billion gas-fired generating plant near Ashkelon. On a typical day, the plant meets about 10 percent of Israel’s power demand. The company is planning to add another next door.

“My dream is to sell electricity to Egypt, Jordan and even Syria,” said Moshe Cohen, the plant manager, as he showed a visitor the site, including a hole in the street left by a rocket from Gaza. “Israel has the ability to provide a lot of energy.”

Journeying back to where it all started: Revisiting the Egyptian Exodus
April 13, 2022
Palestinians rally in Ramallah and Gaza to support escaped prisoners
September 8, 2021
Lapid talks Gaza hostages with Egyptian FM
July 11, 2021
Is Egypt planning to retake control of the Gaza Strip?
June 11, 2021
Netanyahu determined to continue Gaza operation despite pressure from Biden
May 20, 2021
Egypt proposes ceasefire beginning Thursday morning
May 19, 2021