The Palestinians will lose Jerusalem too 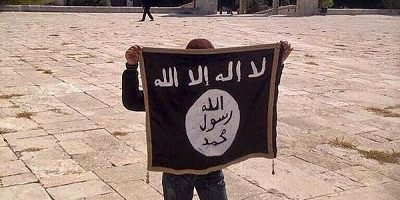 Historical legend based on the “Napoleon and Tisha B’Av Myth,” tells the story that Napoleon visited a synagogue in Russia on Tisha B’Av. Noticing the lamentations and expressions of mourning of the Jews, Napoleon asked his advisors; what’s up with the Jews? Why are they weeping in public? It was explained to Napoleon that they are mourning for the destruction of their Temple. Napoleon asked when this Temple was destroyed. Informed that it was 1700 years earlier, Napoleon said that if indeed this people are mourning their Temple after 1700 years, such a people so attached to their history, will indeed be restored to their land and their Temple rebuilt.

What Napoleon understood at a glance about the Jewish nation, the Palestinian Arabs will never be willing or able to comprehend. For the past three quarters of a century since the Peel Commission which recommended the partition of the land between the Jews and the Arabs, they the Arabs have consistently rejected any possibility of compromise or willingness to live alongside a nascent Jewish state. At the conclusion of Israel’s War of Independence instigated by a coordinated and massive four front attack on Israel, the Arabs lost the Negev and the Galilee regions. The 1967 Six Day War also instigated by a coordinated Arab declaration of war ended with the Arabs losing all of Judea and Samaria, the Ramat HaGolon, and East Jerusalem. The 1st and 2nd Intifada instigated by Arafat and the Palestinian Authority after the Oslo Agreement concluded with Israel regaining control of most of the land given over to Palestinian Arab sovereignty. During the past months Jerusalem has been at the center of a renewed Palestinian Arab terror campaign against Jews, by stone throwing, Molotov cocktails, stabbings, and recently a series of hit and run terror attacks on pedestrians. Learning nothing from their own historical experience, and repeating the same destructive expression of hatred and rejection of anything Jewish, they the Palestinian Arabs will lose all Arab rights to Jerusalem similar to their losing control of lands designated for their them in the past.

Despite the horrors of radical Islam, it is Israel exclusively that lives under the microscope with the events in Jerusalem being scrutinized by the nations of the world. Russia invades Crimea, Nigeria enslaves, China oppresses, Pakistan rapes, Iraq slaughters, North Korea starves, Iran nuclearizes, Syria massacres, Afghanistan tortures. Sudan annihilates. ISIS beheads, and yet Israel remains the sole pariah state, put under the microscope by the morally bankrupt world. What the nations of the world fail to note is that it the Palestinian Arab Authority and the rival Hamas terror organization are actively supporting a 3rd terror campaign starting in Jerusalem, for this same reason thousands of missiles rained down on Israeli cities this past summer even though it created more destruction for Palestinian Arabs in Gaza. Their goal is keep the Palestinian Arabs focused on “resistance”—a synonym for endless war that won’t be solved by Israeli territorial concessions or even greater sensitivity for Muslim desire to deny Jewish rights in Jerusalem. The point about the current violence in Jerusalem is that nothing we Israelis are doing—whether if Jews move into parts of Jerusalem where Arabs want no part of us or even by walking around the Temple Mount; we have not altered by one iota or subverted the current status quo between Jew and Arabs, it simply does not matter to them and it will never sink in.

For countless centuries, our ancestors have been praying to return home to Zion. For those of us born in the generation that did in fact return home to Israel, we can only cherish and uphold the immense blessing that we feel for being part of this amazing historical and biblical period. In 1947, Israel accepted the “two-state solution” declared by the United Nations, focusing her efforts on moving ahead, never looking back. Since then, Israel has made a desert bloom. We have built roads, schools, hospitals, universities and great cities. Despite the many wars Israel has had to fight, we the people of Israel have never stopped looking forward. Israel has shown time and time again its willingness to make painful sacrifices for the sake of a genuine and enduring peace with its Arab neighbors. Israeli Arabs have infinitely more human rights in Israel than Jews ever had in any Arab nation, or that Arabs have in any Muslim nation in the Middle East; not surprisingly these fundamental democratic freedoms seem to be always overlooked by the very Arabs that enjoy and benefit from these Democratic rights. Despite this being the case, the hearts and minds of the Palestinian Arabs continue to be overwhelmingly “occupied” with Jew-hatred. This is the true narrative about the “occupation”.

Once again a new generation of Palestinians are taking up gasoline bombs and even using cars as weapons in order to kill or injure Jews to further that same futile aim and in the name of this ancient hatred. Though many of Israel’s enemies promote the notion that the violence is caused by Jewish actions, the latest terror campaign if it happens will be very much like every other episode in the Palestinian Arab’s hundred year’s war against Zionism. Those that wish them well should urge them to try to shake off this rejectionist mindset lest they waste another century in pointless conflict. So should they continue ramming the shore, very much like the great whales do so until they die, they will in the very soon future lose it all.

The writer, a 25-year veteran of the I.D.F., served as a field mental health officer. Prior to retiring in 2005, served as the Commander of the Central Psychiatric Military Clinic for Reserve Soldiers at Tel-Hashomer. Since retiring from active duty, he provides consultancy services to NGO’s implementing Psycho trauma and Psycho education programs to communities in the North and South of Israel. Today, Ron is a strategic advisor to the Office of the Chief Foreign Envoy of Judea and Samaria   to contact:  medconf@netvision.net.il