An urgent appeal for the Jews of Ukraine 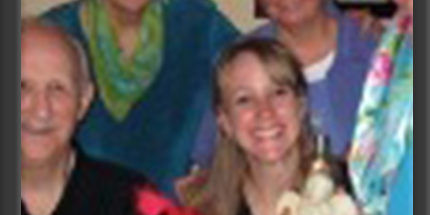 The Jewish Agency has made an official and urgent appeal to help the Jews of Ukraine make aliyah. Winter is fast approaching and many Jewish people are displaced from their home and need special care and help.

At the end of September 3,867 Olim had made aliyah from Ukraine with the help of the Jewish Agency. It is already doubled over the number for the entire year in 2103. The Jewish Agency has predicted a 400% increase in the coming year because of worsening economic conditions and the continuing civil war in the country’s east.

Recently brutal urban warfare between Ukrainian troops and pro-Russian forces has driven citizens out from their homes and thousands of Jewish people are living in refugee camps in Central and Western Ukraine. The Jewish Agency has sent in specially trained teams into these refugee camps to encourage and assist with their aliyah.

The Jews in Ukraine need to prepare for their move to Israel. Proper documents that prove their Jewishness are needed to obtain their Israeli immigration visas. Also counseling about life in Israel, Hebrew lessons, and information about programs to assist their transition to a new life on the promised land.

In November there are five special aliyah seminars, which will assist more than 600 people. Please consider making a generous donation to help with this need.

Damaged infrastructure due to the conflict has interrupted water and electric supplies. The harvest this year was also hampered and the winter for many Ukrainian Jews looks very bleak. Some schools did not open on time. Salaries have been delayed and heating fuel supplies are in doubt.

The division between the Eastern and Western parts of Ukraine goes back to ancient times. Even in the Soviet period there was considerable friction between peoples of the two regions.

Ukraine did not recover very well after the fall of the Soviet Union and corruption is a major problem today. The separatists in the Eastern part have maintained that they will not rejoin the rest of the country and will not abide by the Minsk accords.

All of this leaves the Jewish people in a very tenuous situation. Armed militias from both sides have taken the law into their own hands and there have been serious manifestations of Anti-Semitism in the past year since the demonstration began in November 2013.

Anglicans Dig Deep into the Jewish Roots of Christianity
October 2, 2019