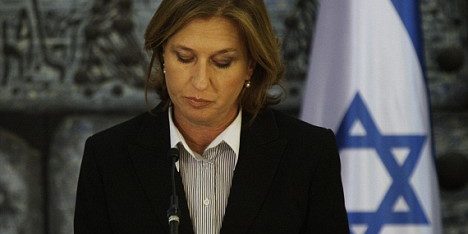 I’ts puzzling. When Israel builds homes on their own land, they are called “occupiers.” Should Israel divide Jerusalem into two parts, with two capitals in Jerusalem: one for the Jewish state, and one for a Palestinian-Arab state? And, by the way, should tiny Israel relegate herself back to her 1967 borders creating a situation that will leave her without defensible borders? That’s what the ultra-left liberal activist group “Peace Now” advocates for the state of Israel all the while instigating public pressure for “peace.”

Planning for 2,700 homes in a southeastern Jerusalem neighborhood called “Givat Hamatos” has been on the drawing board for the past two years and there have been no complaints. Now that building is imminent, “Peace Now” suddenly decides to intervene with their public protestation. With the blink of an eye, the United States joined “Peace Now’s” chorus of dissent.

What sense does it make for the West, particularly the US, to reactively jump into the muddy mire of home building in Jerusalem; especially now at a time when the entire Middle East in turmoil? Well, hip, hip, hurray for Knesset speaker Yuli Edelstein who, in my opinion, got it right when he reckoned that there are more urgent and dangerous security concerns than building homes in Israel. While convening with Austrian Foreign Minister Sebastian Kurz, Edelstein blasted Western leaders’ thoughtless and automatic responses to “Peace Now’s” objection.

In a recent article in the Jerusalem Post Edelstein said, “It’s too bad that while the Islamic State is slaughtering, murdering and threatening the West, everyone is interested in a few homes being built in Jerusalem!” Kurtz pointed out the futility of working with Gaza’s Mahmood Abbas when he stated that Abbas had completely ignored an advantageous opportunity to embrace the broader Arab world’s lack of support for Hamas during the recent Israeli/Gazan conflict, “Operation Protective Edge.” In other words, Abbas had his chance and he blew it! In addition, in his recent U.N. speech, Abbas lied–multiple times.

“Peace Now” is a problem. Its public ruckus over Israel building a few homes inspired the U.S. to react favoring “Peace Now’s” position. This reeks of a possible intent, on the part of “Peace Now,” to divide Israel and the United States over this issue and it appears to be working. Adding to Israel’s woes is Israel’s Justice Minister, Tzipi Livni. She blatantly and publicly opposed Israeli officials who believe in preserving Israel’s ability to defend herself by protecting her sovereign borders. Livni referred to them as “a danger to the Zionist enterprise” and “of greater concern than ‘Peace Now’”.

One wonders, “What are the ultimate goals of certain Western leaders who jump on the bandwagon of supporting the terrorists’ point-of-view and causes?” One also wonders, “What is the thinking behind Israel’s Justice Minister Tzipi Livni’s remarks?” You’d think Livni would be more concerned with the goings-on inside Gaza and the West Bank that will surely foist more terrorism on the Israeli people.

Terror attacks against Israel are going to continue, whether or not Israel and the Palestinians agree to two states, or not. Abbas and Fatah and Hamas will not be satisfied until Israel ceases to exist; co-existence is not an option in their playbook. Hand shaking over more land deals and peace concessions will not stop rockets from raining down on Israelis. In the larger view, YouTube videos of ISIS’ grizzly beheadings of US and British citizens, slaughters and crucifixions of Christians and the enslavement and rapes of tribal women and girls in Iraq are not going to miraculously go away.

Any people, country or nation that gets in the way of militant Islam’s establishment of a world-wide caliphate is a target. Israel is only a handy first target! Sunnis may be opposing Shiites in the short term, but when one wins over the other, guess who will be next. You! “Peace Now” is advocating for Israel to adopt a position that will ultimately lead to her demise. Prime Minister Netanyahu has rejected American criticism of the building plans, saying “America shouldn’t be the spokesperson for “Peace Now.” Whether his position is viewed as good, or bad, it is right.

American statesmen have no business interfering in another nation’s affairs, especially something as benign as home building. Israel has every right to allow construction on their land. Jerusalem must not be divided.

Israel must remain a sovereign nation with her present defensible borders. “Peace Now” is wrong. According to the Bible, Jerusalem has been the capital of the Jewish people for more than 3,500 years. Maybe it’s time for Israel to figure out a way to effectively, but justly, deal with negative institutions such as “Peace Now” and perhaps it’s also high time for rest of the world to admit that Israel deserves full and unfettered use of her land and the right to fully defend her borders and her citizens without being forced to compromise with terrorists.