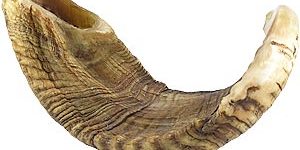 The highest of the High Holidays – Yom Kippur – is only about a day away, and Jews around the world are preparing by attempting to become better people.

Yom Kippur, the Day of Atonement, is a Divinely-designated day that the Torah explains “will atone for you to purify you from all your sins before G-d.” Such atonement, however, must generally be accompanied by teshuvah, a process that includes introspection, confession of sins, remorse, and a commitment not to repeat them. One must also appease and ask forgiveness from those he has harmed or insulted over the year.

The prayers for Yom Kippur, which take up most of the day, are replete with the various concepts of teshuvah, as well as acknowledgement of G-d’s goodness in affording mortals this opportunity to exonerate and improve themselves.

The fast begins just before sundown on Friday night, and ends some 25 hours later, after the special Ne’ilah (lock-up) prayer and a dramatic, lone shofar-blast. In addition to eating and drinking, also forbidden on this day are wearing leather shoes, washing up, make-up and perfumes, and marital relations.

The prohibitions notwithstanding, the day is considered a festive day, in that we celebrate G-d’s beneficence in going against natural law and allowing us to revoke and nullify our misdeeds. It is also a “day of friendship and love,” according to the prayer liturgy.

The day before Yom Kippur, the 9th of the Jewish month of Tishrei, is also considered a special day, and we are required to eat and drink even more than we normally do. “Whoever eats and drinks on the 9th,” the Talmud states enigmatically, “is as if he had fasted on both the 9th and the 10th.”

The State of Israel is essentially closed down on Yom Kippur, with no public transportation or electronic broadcasts, and practically no open stores or services. Bicycling has become a popular pastime on the holy day, to the dismay of many, but even more prevalent on this day are prayer services. At least two organizations – Ayelet HaShachar and Tzohar – have made arrangements for secular-friendly prayer services around the country, which have become extremely popular and well-attended in recent years.

In honor of the upcoming Yom Kippur day of atonement and fasting, the Klalit Health Fund has issued a set of tips designed to make one’s fast easier and more healthful. In general, the last meal before the fast, known as the seudah hamafseket, should not include unfamiliar, spicy, or fried foods, and should even omit vegetables such as cauliflower, cabbage and broccoli. One should drink more than usual before the fast. After Yom Kippur, one should break the fast with a sweet drink such as tea or lemonade and a piece of honey cake or the like. The first post-fast meal should not be a heavy one.

May we and all Israel be inscribed for a happy, healthy and blessed new year.