When the “Start-Up Nation” became the “Shoot-Down” Nation 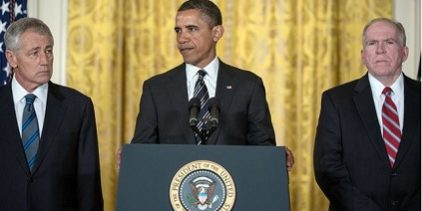 Over the past few days as one goes about doing routine chores, it’s almost impossible not to notice something different in our national pace. Even though sirens shriek every once in a while there is a kind of quietness, a kind of tranquility that always seems to be present during war time. The streets and highways seem emptier, shopping malls seem half empty; coffee shops traditionally full at all times of the day giving us the feeling that in Israel no one really works stand idle. As for news reports and bulletins, the nation is glued to whatever media they feel comfortable with; cellphone, radio, TV, internet, social media, or even word of mouth. Mostly everyone has a son or family member in Gaza, or on his way to Gaza. When the half hour or hourly news bulletin are broadcasted you notice that everyone becomes stiff focusing on what’s being reported hoping and praying not to hear a name or military unit that was involved in combat and suffered losses. Surprisingly, the general atmosphere is far from grim and for most of us in Israel, we sincerely believe that the political leadership and the I.D.F. will succeed in defending the citizens of Israel. During times of war Israel is literally one large extended family and families stick together.

The other day, as I was walking down Even Gvirol Street in the heart of Tel-Aviv, the sirens went off alerting us all that the Hamas terror organization had fired a salvo of missiles on the City of Tel-Aviv. Within a matter of seconds, two “Iron Dome” anti-missile defense systems fired their rocket batteries intercepting in mid-air the missiles fired from Gaza causing them to explode way up in the sky. It’s an amazing sight, more so, it’s an amazing technological accomplishment for Israel, keeping in mind that there is no other similar system anywhere in the world. Its quite mind boggling to think that a determined, well-funded and anti-Semitic Islamic terror organization fires thousands of missiles at Israel over the past 14 days and inflict so few casualties. I wonder what must be going through the heads of the Hamas leadership who whole heartedly belief that Allah is on their side and its only a matter of time before, we Jews pack up and abandon ship. Historically, Jews generally do not abandon ship, but they have been pushed overboard. No longer.

As kids we all grew up with the old ditty “when life gives you lemons, you make lemonade”. This idiom tells us a lot about being creative, and particularly when creativity leads to innovation, and the innovation is critical to keeping the State of Israel safe from the threat of missile attacks. To get an idea of this technological breakthrough, imagine two bullets hitting one another a few miles up in the air at the speed of sound. In the current conflict between Israel and Hamas, the lemons in questions are the thousands of rockets being fired into Israel on a daily basis. Israel’s ‘lemonade’ was the development of the Iron Dome anti-missile system, designed to track and intercept incoming short-range missiles with its own missiles before the attacking missiles strike their targets. Missiles that would have hit an unpopulated area are ignored, in order not to waste munitions. To date, the system has been very successful, intercepting approximately over 90% of the threats it faces. I have no doubt that “Operation Protective Edge” will be remembered as the Iron Dome War, when technology saved the Jews and the Startup Nation became the Shoot-Down nation.

Yet with all of the success of the Iron Dome anti-missile defense system, as long as the primal anti-Semitic Jew-hatred occupies the minds and hearts of the Palestinian Arabs, the weeds of terror will always grow no matter how often you “mow the grass”. As long as Hamas thinks it can count on pressure from the U.S. and the international community to ensure that it remains in control of the Gaza Strip, the fighting will continue. The time has arrived for us all to wake up to the fact that nothing short of ending Hamas’s control of Gaza will end the current situation in which much of the Israeli population is being forced to take shelter from incessant missiles fired on Israel. Only by eliminating Hamas’s leadership, and destroying their rocket arsenal, and the vast network of tunnels and bunkers, will Hamas be finished off once and for all.

President Obama and Secretary of State John Kerry should be awoken from their strategic coma and internalize the complex reality that here in the Middle East what is truly an unsustainable status quo is not Israeli control of Judea and Samaria but Hamas’s stronghold of the Gaza Strip. The best thing the Obama administration should do to stop the fighting would be to signal to the Islamists and their foreign allies such as Turkey and Qatar that they support an Israeli campaign to oust Hamas from Gaza. Unless this happens, there is no possibility that the Gaza Strip can be effectively demilitarized, eliminating any future threat on the State of Israel.