Another blood libel against Israel 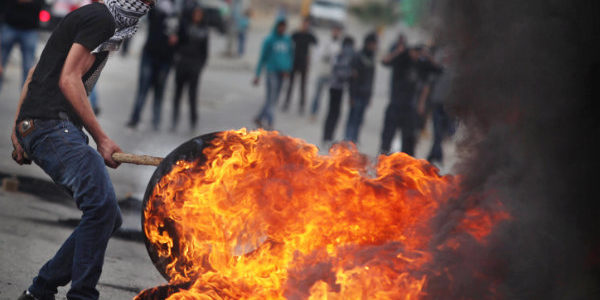 Some well-meaning Israeli intellectuals are encouraging a blood libel against all Israelis for the gruesome murder of Muhammad Abu Khdeir, which was apparently committed by a handful of extremists, some of whom may have had serious mental problems.

A front-page article in The New York Times (July 11, 2014) quotes Anshel Pfeffer, a respected intellectual, of saying, “We are all partners in this, accomplices in complacency, if not in deed.” Another so-called intellectual, Tamar Lion, offered the following absurd generalization: “Today I can say, and everyone who works with youth will say it, Jewish youth in Israel hate Arabs without connection to their parents or their own party affiliation and their own political opinions.”

You would think that contemporary Jewish intellectuals would think twice before leveling the charge of collective Israeli responsibility for the murder of Abu Khdeir. The facts of the case are still murky, but even The Times, in its one-sided reporting, acknowledged that the thugs who killed Abu Khdeir may well have been “football hooligans,” overzealous fans of a local soccer team. Soccer hooliganism is widespread throughout the world. Players, coaches and officials have been assaulted, even killed, for misplays or for disappointing crazed fans.

If these soccer hooligans murdered Abu Khdeir because they were infuriated at the Hamas-inspired kidnapping and killing of the three Israeli teenagers, that would be a despicable act of blaming one innocent Arab for murders committed by other culpable people of the same ethnicity. But to blame all of Israel for the act of these few individuals is to encourage collective punishment against all Israelis. It plays directly into the bigoted narrative one hears so often from Islamic extremists: namely that all Israelis, or all Jews, are collectively responsible for crimes, sins or other actions taken by individual Israelis. It also serves to justify acts of terrorism committed against innocent Israelis, because by this perverted view, there are no innocent Israelis.

This kind of hand-wrenching, collective confession by Israeli intellectuals can do no good. By blaming the innocent and the guilty alike, one implicitly exculpates the guilty. One also inculpates the innocent. It is simply false, malicious and defamatory to say that “Jewish youth in Israel hate Arabs.” I know many Israeli youth. I am related to a considerable number of them. My experience is precisely the opposite. Most, though certainly not all, of the youth I know try to understand their Arab neighbors. They may hate, as all reasonable people should hate, the particular Arabs who may have killed the three Israeli teenagers, as well as the Arabs that fire rockets at Israeli cities, but many youths do not hate Arabs such as Abu Khdeir, who was apparently on the way to praying at his mosque when he was kidnapped and murdered. If anything, the Israeli youth I know hate the Israeli Jews who are suspected of killing Abu Khdeir far more than they may have hated Abu Khdeir.

The time has come, indeed it is long past, to stop trafficking in generalizations about Israelis and Arabs, about Jews and Muslims, or about youth and elders. The essence of a just society is to judge individuals on the merits and demerits of their individual views and actions.

It is fair to judge a society by the actions of its elected officials and its leaders. Judged in this way, Israel has done very well. It organized an intensive investigation not only of the killing of Abu Khdeir but of the unjustified police beating of Tariq Khdeir, an American citizen of Arab descent. There will be trials, convictions of the guilty, acquittals of the innocent and just punishment for those who are convicted. I have heard little if any support for the killers of Abu Khdeir or for the police who beat Tariq Khdeir.

There are certainly some Israeli extremist groups that incite hatred against Arabs, Muslims or Palestinians. These specific groups and their leaders should be exposed and condemned, but their guilt should not be spread to those Israelis who disagree with their bigotry.