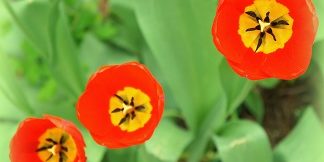 Miracle is an essential part of our belief; it is a gem of Jewish folklore. It is a source of our hope in the dark, and it is a gift of our dreams. And we know why: because these miracles are true.

The day after the entire Israel, Jews all over the world and the people with their hearts in the right place were grieving over the funeral of three Israeli boys laid down in the Modin cemetery at the age of sixteen and nineteen, the Jewish woman in New York gave birth to boy-triplets.

The woman whose name is Miriam Yocheved Cohen named her sons Eyal Yosef, Gillad Menachem, and Naftali Chaim, with their first names after the teenagers that will be left in the history of Israel as ‘our boys’.

The woman’s own name is very telling too: Miriam and Yocheved are not ‘only’ Moses’ sister and mother, but they are known as the heroic midwives who were secretly and devotedly saving lives of Jewish boys despite the pharaoh’s edict to eliminate every new-born Jewish male.

The heart-breaking triple funeral in Modin took place at the same day when mass of followers of Chassidism attended a special memorial ceremony in New York, at the grave of the Lubavitch Rebbe Menachem Mendel Schneerson commemorating the 20th anniversary of him passing away. The 3d of Tammuz in Jewish calendar which is very special day in the Chassidic world, now has become also a day of sorrow and reminding for three young lives cut so short and cruel, for the whole Israel and Jews in Diaspora.

Following what was going on in Modin at the day, crying amidst that ocean of tears in Modin, I was thinking that all those thousands of people at the Rebbe’s grave in New York were thinking and praying of the souls of our boys who were laid down in the land of Israel at the same time. I was sure that everyone there and all of them together were thinking on Eyal, Gillad and Naftali and their families. I only did not know how many people would be at the Rebbe’s Ohel ( grave-site) in New York. There were more than one hundred thousand.

The next day Miriam Yochebed Cohen in new York  born named her new-born boy-triplets as she did.

The answer to the prayers of all those many thousands people in Israel and all over the world for all those 18 tormenting days in June, and after the tragic end of the search, has become as a life-winning one in the most astounding way. This is what I call Three Brothers’ Miracle.

At the time of the boys’ funeral, my husband told me that he was terrified to think about the coming Shabbat at the Sha’ars, Yifrachs and Frenkels observant homes. He was right; it is just really absolutely tragic even to imagine it. The only more terrible thought in my mind was the picture which will stay with me forever, of the three fathers reciting Kaddish for their young sons laying in two meters from them wrapped into the Israeli flags. My only wish is that Jewish people would never ever have had a Kaddish like that one.

But now, with the three baby boys coming together from their Miriam Yochebed mother’s womb, three Jewish brothers Eyal Yosef, Gillad Menachem and Naftali Chaim appearing into This World, the coming Shabbat would become enlightened in the homes of Sha’ars, Yifrachs and Frenkels families. And for all of us.