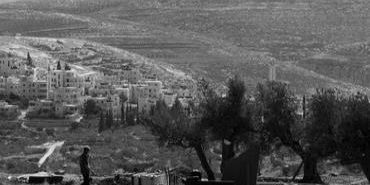 A clear majority of Palestinians in the West Bank and the Gaza Strip oppose a two-state solution to end their struggle with Israel, according to a poll released on Wednesday.

Sixty percent of those polled, including 55% in the West Bank and 68% in Gaza, reject permanently accepting Israel’s existence and instead suggest their leaders “work toward reclaiming all of historic Palestine, from the river to the sea.”

Two-thirds of those polled support continued “resistance” against the Jewish state. Consequentially, those who say they support a two-state solution view such a move as “part of a ‘program of stages’ to liberate all of historic Palestine later.”

The survey, conducted throughout the Palestinian territories, was commissioned by the Washington Institute for Near East Policy and was conducted by a leading Palestinian pollster from June 15 to June 17.

The Washington Institute characterized the poll’s results as a sudden, hardline shift within the Palestinian community. It also presented the pragmatism revealed in the minutia of the survey: 80% of Palestinians would “definitely” or “probably” be in favor of greater job opportunities in Israel, and 70% of Gazans strongly favor Hamas maintaining its cease-fire with the IDF – despite generally favoring resistance.

The institute’s scholars concluded from the report that “US policy should seriously consider abandoning all hope for now of a permanent Israeli-Palestinian peace deal,” and instead should “focus on immediate steps to lower tensions” and on improving conditions on the ground.

Direct talks between Israel and the Palestinians, brokered the United States, broke down in April after nine months of negotiations.

The State Department’s special envoy to that effort was Martin Indyk, founder of the Washington Institute.