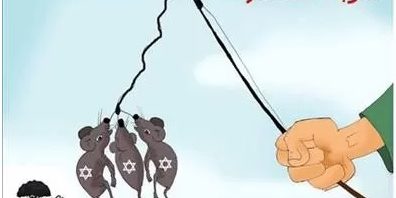 Senior officials from both the United Nations and the Palestinian Authority on Tuesday suggested that Israel might have fabricated the story that three Jewish youths – Eyal Yifrach, Gilad Shaar and Naftali Frenkel – were abducted by Hamas terrorists last week.

In remarks cited by Voice of Israel, Farhan Haq, a spokesman for UN Secretary-General Ban Ki-moon told reporters that the world body could not confirm if the Jewish teens were “actually” abducted as it has no investigative unit on the ground.

Of course, Ban himself had already publicly condemned the abduction, raising questions over why Haq would apparently counter a statement by his boss.

Some speculated that with many UN bodies having recognized the Palestinian Authority as a non-sovereign member state, an abduction of underage foreign nationals would require an invasive investigation and possibly punitive measures that the UN is loathe to implement against the Palestinians.

Back in Ramallah, the Palestinian Ministry of Information issued a statement slamming Israel’s military efforts to find the “three allegedly missing Israeli teens.”

Mahmoud al-Aloul, a senior member of Palestinian leader Mahmoud Abbas’ ruling Fatah party, later wrote on Facebook that the entire affair was an Israeli deception. “Let’s think well of the growing possibility that all what’s happening is a play that wasn’t produced well and that no one was kidnapped in the first place,” write al-Aloul.

But even the Palestinian public isn’t buying it, and is convinced that their armed groups have indeed captured three Israelis, two of them children. As part of a growing celebratory campaign, Palestinians of all ages have been posting pictures of themselves holding up three fingers to social media networks.

Nor did Abbas himself join those now suggesting that Israel invented the whole affair. Speaking from Saudi Arabia, the Palestinian leader confirmed that three Jewish teens had been abducted, and must be returned immediately.

“The three young men are human beings just like us and must be returned to their families,” he said, while accusing those who abducted the Israelis of destroying Palestinian society.

The PA is trying to hide its payments to terrorists
May 6, 2020