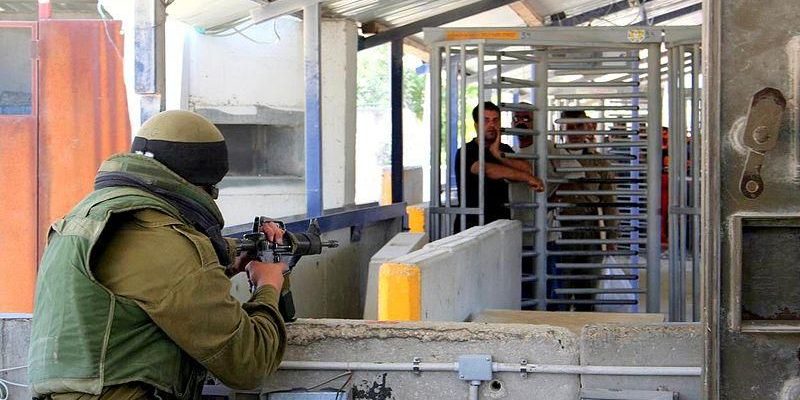 For the past four days, we the people of Israel have been holding our breath and praying for the safe release of Eyal Yifrah, 19, from Elad, Gil-Ad Shayer, 16, from Talmon and Naftali Frenkel, 16, from Nof Ayalon. Both Frenkel and Shayer study at the “Makor Haim” yeshiva in Kfar Etzion, while Yifrah studies at the “Shavei Hevron” yeshiva. All three were on their way home Thursday evening when they were kidnapped by Palestinian Arab terrorists. The absence of security checkpoints on major highways and major junctions throughout Judea and Samaria no doubt made their kidnapping and the swift getaway by the terrorists that much easier. In recent years, Israeli left-wing anti-settlement organizations masquerading as human rights organizations have succeeded in convincing the I.D.F. central command that security checkpoints are an unnecessary burden on the local Palestinian Arab population. The kidnapping of our three boys is a direct result of this mindset that gives precedence to Palestinian Arab convenience over the safety of our boys and girls who travel the roads of Judea and Samaria day in and day out.

The international media have consistently portrayed the use of security checkpoints as restricting the free movement of Palestinian Arabs, but the truth is that these checkpoints respect the human rights of Israeli’s to remain alive while keeping Israel safe from terrorism. Palestinian Arab terrorists would not be able to kidnap innocent teenagers waiting for a ride home knowing that security checkpoints are functioning and preventing unrestricted movement on the roads of Judea and Samaria.

Despite TV footage of Palestinian Arabs handing out sweets and candies to passerby’s throughout the villages of the Palestinian Arab Authority in support of the kidnapping of three innocent Israeli teenagers, there will be those who remain unimpressed and will continue to be concerned only with the ability of Palestinian Arabs to move freely, not matter what the consequences are for us Israeli’s .However, the complex reality is far from what they may have heard and the very opposite of what these crusaders of Palestinian rights claim.

Security Checkpoints prevent terror and save lives, it’s as simple as that. Today, there are nearly 40 crossings between Judea and Samaria and other parts of Israel. Some are used for the passage of people; others are used for the passage of goods. In addition to these crossings, 13 security checkpoints are placed strategically throughout Israel’s Central Command region, and operate in time of need and in light of security considerations. ‘Crossings’ and ‘security checkpoints’ are terms with different meanings. Crossings are facilities used by Palestinian Arabs to enter from Judea and Samaria into other regions of Israel. Checkpoints, on the other hand, operate during times of heightened security to prevent terrorists from carrying out their plans to harm Israeli civilians.

Security Checkpoints are used as a method to filter out and prevent terror attacks before would-be Palestinian terrorists have a chance to approach Israeli communities in Judea and Samaria or enter central Israel. The number of security checkpoints in the Central Command went from 40 in July 2008 to just 12 in October 2012. Furthermore, these checkpoints are only used some of the time and the frequency of checks is dependent on the security threat at the time. Yet what is rarely mentioned is that in 2013 there was a significant increase in the scope of violence and terrorism in Judea, Samaria and the Jerusalem area. According to data from the Israel Security Agency (ISA), in 2013 there were 1,271 terrorist attacks, as compared with 578 in 2012 (a year in which violence and terrorism also increased significantly from 2011. I expect that when the statistics for 2014 come in we will witness and additional increase in Palestinian Arab terror, a major component of this increase in terror can be tied directly to the dismantling of security checkpoints throughout Judea and Samaria in recent years.

The writer, a 25-year veteran of the I.D.F., served as a field mental health officer. Prior to retiring in 2005, served as the Commander of the Central Psychiatric Military Clinic for Reserve Soldiers at Tel-Hashomer. Since retiring from active duty, he provides consultancy services to NGO’s implementing Psycho trauma and Psycho education programs to communities in the North and South of Israel. Today Ron is a strategic advisor at the Office of the Chief Foreign Envoy of Judea and Samaria.    To contact: medconf@netvision.net.il