Boycott the Bigots – Not Israel 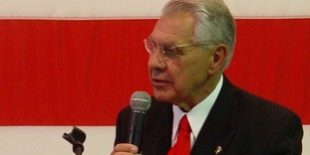 It was a sting, a slap in the face!  A leading Israeli scholar labeled it grave and akin to family betrayal. It is saddening that such a thing would occur in the United States.  The Palestinian BDS movement (Boycott, Divestment & Sanctions), after a 10-year history with some European success, has found its way to the US. Two US academic associations recently instituted a boycott of Israel and its universities on grounds of denying academic and human rights to Palestinians.  Israeli institutions excel in technology; they stand for academic freedom and human rights.  In stark contrast, professors in some countries are not allowed to speak their minds, cannot write or research what they want, and are imprisoned for their views.  To boot, what country is the sole democracy in the Middle East?  Israel!  Why boycott Israel?  Why now?  What’s the good news?

The BDS movement strives to isolate and pressure Israel to bow down to the demands of Palestinians. This is the first action in the US we have seen in support of the BDS.  The two institutions that instituted the boycotts are American Studies Association (ASA) and the Association for Asian American Studies. These are minor groups and represent a minority of US colleges and universities.  For example, the ASA boasts only 5,000 members and only one-fourth of them were present to vote for the boycott but somehow they received significant media attention.
There’s one piece of good news.  ASA actions are now causing them heartburn! Nitsana Darshan-Leitner, founder of Israel’s Shurat Hadin, a non-governmental organization (NGO), quickly responded with a letter threatening to sue ASA on behalf of various Israeli academics on grounds of violating international, federal and state laws.

Another piece of good news is that US college presidents are rising to the challenge; over 100 have gone on record to oppose ASA’s boycott.  At least five universities withdrew membership in the ASA.  Even Harvard and Yale pushed back against the boycotts.  The American Association of University Professors with 48,000 members opined that while economic action against a nation might be warranted, academic boycotts stifle academic freedom and are likely to hurt people who are not the intended targets. Ms. Darshan-Leitner commended these professors for distancing themselves from this “blinkered and hateful boycott.”

In addition, Charles Krauthammer, American Pulitzer Prize-winning syndicated columnist, political commentator and physician, expressed his opinion. In, “How to Fight Academic Bigotry,”  he declared that “Israel has a profound democratic political system, the freest press in the Middle East, a fiercely independent judiciary and an astonishingly religious and racial diversity within its universities.” Conversely, he accused ASA of ignoring atrocities in Israel’s neighborhood.  He called attention to Syria dropping barrel bombs on her citizens, Iran’s hanging political, religious and sexual dissidents and Egypt’s current persecution of Christians. Krauthammer concluded thus: the ASA boycott is not about protecting human rights.  “It is an exercise in radical chic, giving marginalized academics a frisson of pretend anti-colonialism, seasoned with a dose of edgy anti-Semitism.” He crowned his opinion with a stunning statement, “Discrimination against Jews has a name.  It’s called anti-Semitism.”

The best news of all is to recognize Israel’s gifts to America and the world resulting from the celebrated high standards of her academic institutions. Israel’s blessings include individuals that advance high tech and medical care.  High tech and medical advancements are of greatest importance; these fields result in a safer America and a safer world.  Israel leads the world in electronics and cyberspace.  The US alliance with Israel actually put the US far ahead in military technology, security, intelligence and counter-terrorism.  Who invented “drones?” Israel.  What do drones do?  They collect intelligence and provide un-manned combat potential. Israeli-produced tactical radar systems improve force protection.  Their armored vehicle advances have protected soldiers’ lives in Israel and elsewhere.

In addition, what Israelis have done with water technology is amazing.  She is the world leader in this arena, especially in saving water.  Who hasn’t seen the old-fashioned crop sprinklers?  Israel developed a better way to water crops:  drip irrigation.  She leads in desalination and water recycling.  Being one of the most densely populated countries in the world, only 20% of Israel’s land is arable and 50% of that has to be irrigated. Yet, she produces most of her own food and exports billions of agricultural produce yearly. Sadly, in contrast, American universities and colleges are falling behind in excellence.

It was a sting, a slap in the face.  Pleasing Palestinians who have not at all produced, advanced, or led the world in any endeavor, besides terrorism, is erroneous at best, and placating terrorists at worst.  Boycotting Israel and her institutions of higher learning is a despicable act; it is also an act of self-destruction by any US organization.  It is in America’s best interest to support Israel and her academic institutions.  It is in the best interest of all free nations to protect Israel from her enemies and support her as she faces assault from boycotts, divestments and sanctions pushed by Palestinian organizations.  The recent institutional boycotts by American organizations are cause for concern.  However, the quick push back by Harvard, Yale and other academic institutions are cause for hope.  Every decent person, Jew or Gentile, has a personal stake in actively standing up against the vile actions of the handful of “academics” who are without sense, honor or even intelligence.  Each and every person who opposes this absurd boycott must stand up and shout at the amoral fools of the ASA. What they are doing is further assisting the academic decline in America.

Israel is a flower in full bloom in the desert of the Middle East.  Her fragrance is sweet and her balm is healing to the nations.  Rather than pushing her down, it is in our own best interest to undergird and lift her up.