Why Abbas thinks Jewish state is a ‘delusional myth’ 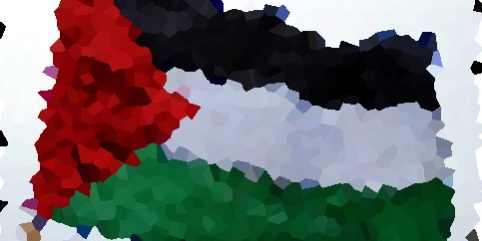 Netanyahu’s demand and the PA’s refusal to recognize Israel as a Jewish state are clearly not just a quibble over semantics.

A major obstacle blocking progress toward an agreement between Israel and the Palestinian Authority is Prime Minister Binyamin Netanyahu’s demand and PA President Mahmoud Abbas’s refusal to recognize Israel as a Jewish state. The Jerusalem Post reported this week that US Secretary of State John Kerry thinks Israel’s demand is a mistake. The question is: Why are both sides so concerned about that which is already accepted internationally? As early as 1917, the Balfour Declaration supported the establishment of “a national home for the Jewish people.”

In 1922, the League of Nations confirmed the British Mandate to establish “a Jewish national home,” and UN resolution 181 in 1947 recommended the establishment of “a Jewish state.” Since Israel’s founding followed directly upon this international process anticipating a Jewish state, why, so many years later, does Israel demand and the PA refuse to restate the obvious? A recent declaration by Abbas sheds light on why PA recognition is essential for authentic peace and why the PA president refuses to grant it. In a speech in Morocco, Abbas defined Jewish history in Jerusalem as a “delusional myth” and claimed that Israel is trying to invent a Jewish history “by brute force.” (Official PA TV, January 17, 2014).

Abbas has a long tradition of denying Jewish history. In another talk he described Jewish history in Jerusalem as “illusions and legends” and referred to the Jewish Temple in Jerusalem as the “alleged Temple,” a term the PA uses to deny that it ever existed. (Al-Hayat Al-Jadida, August 22, 2012).

Abbas’s refusal to recognize the Jewish state is not merely his personal vendetta, but, reflects this fundamental element of PA policy to deny Jewish history – especially in Jerusalem.

On numerous occasions when archeological finds with Jewish symbols and Hebrew texts were uncovered that illustrate aspects of Jewish history in Israel, the PA hastened to tell Palestinians that Israel invented the story, distorted it or even planted the finds. When Israeli archeologists last year displayed gold artifacts with Jewish symbols, such as a menorah and a shofar, found 50 meters from the Western Wall in Jerusalem, former PA prime minister Ahmed Qurei immediately denied its authenticity on official PA TV: “I think all this is a forgery, forgery of the truth. It’s all an attempt to make claims. They did not find anything.” (Official PA TV, September 11, 2013).

What must therefore be understood is that the PA’s refusal to recognize Israel as a Jewish state is not a mere technicality, but part of an overarching policy of denying thousands of years of Jewish history in Israel, and thereby denying Israel’s right to exist. And although in the Oslo Accords in 1993 the PLO recognized the existence of Israel, the PA differentiates between recognizing that Israel exists and recognizing Israel’s right to exist.

Palestinian children are also educated to distinguish between Israel’s existence and right to exist, as an official PA schoolbook teaches: “Palestine’s war ended with a catastrophe that is unprecedented in history, when the Zionist gangs stole Palestine… and established the so-called State of Israel.” (Arabic Language, Analysis, Literature and Criticism, grade 12, published by the PA Ministry of Education).

And PA TV teaches 8-year-olds that all of Israel is “occupied land” since 1948 – and this situation is only temporary: “We will never forget that we have land that was occupied in 1948 which will return to us one day.” (Official PA TV, February 23, 2013).

Abbas’s denial of Jewish history and refusal to recognize Israel as a Jewish state are the ideological foundations for the PA teachings that the existence of the State of Israel constitutes a theft by “Zionist gangs” and that Israel’s existence is temporary. This is not PLO rhetoric from the pre-Oslo days. This is current PA education and indoctrination and remains a most severe impediment to a genuine peace process.

Netanyahu’s demand and the PA’s refusal to recognize Israel as a Jewish state are clearly not just a quibble over semantics, and Netanyahu’s demand is in fact a minimalist request. Any PA recognition – if it is to impact at all on peace – must include recognition that Israel is the continuation of thousands of years of Jewish history and therefore Israel has a right to exist. Furthermore, in order for these declarations to be more than mere embellishments to yet another insincere agreement, they must be immediately integrated into PA children’s education and public discourse. Without this, Abbas’ recognition of the Jewish state would be like Arafat’s recognition of Israel in 1993: a meaningless ornament to a deceptive peace process that is cited regularly by the PA to create a facade of sincerity.

PA public recognition and education of its citizens to see Israel as a Jewish state with a history and right to exist are absolute necessities if there is ever to be a Palestinian population that accepts Israel as a neighbor and truly seeks peace. For now, while Abbas’ recognition on the diplomatic level would certainly not be enough to affect this change, it is nonetheless a necessary first step in the right direction.