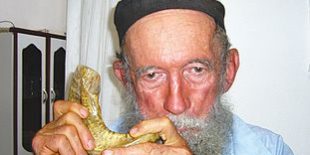 The Spanish government has approved a law that would allow descendants of Sephardic Jews expelled from the country in 1492 to seek Spanish nationality without requiring them to relinquish their citizenships in other countries.

The new law—which was approved by the Spanish cabinet on February 7 and still needs to be ratified by the Spanish Parliament—amends a previous initiative, announced in 2012, that granted Spanish citizenship to Sephardic Jews who were eligible for it, but did not allow most of them to retain other citizenships.

Spanish law normally allows dual citizenship only for people from neighboring Andorra or Portugal or former colonies such as those in Latin America and elsewhere.

The reform permitting dual citizenship could result in the granting of Spanish nationality—on a case-by-case basis—to up to 3.5 million residents of countries where many Sephardic Jews eventually settled, including Israel, France, Turkey and the United States, as well as those in Latin America.

The so-called Right of Return for Sephardic Jews (Sefarad means Spain in Hebrew) was first announced in November 2012. From the beginning, however, the application process has been stalled by confusion over how to interpret certain parts of the law, as well as by countless bureaucratic snafus.

For example, Spain’s initial offer was understood to apply only to those who identify themselves as Jewish. It was not understood to apply to Sephardic anousim (anousim means “coerced” in Hebrew), the descendants of Jews who were compelled by the Spanish Inquisition to convert to Roman Catholicism (they are sometimes also called crypto-Jews or Marranos, which means swine in Spanish). It was also understood that secular anousim were to seek religious training and undergo formal conversion to Judaism before being able to obtain Spanish citizenship.

But at a press conference in Madrid on February 7, Spanish Justice Minister Alberto Ruiz-Gallardón said applicants do not have to be Jewish, that anyone of Sephardic heritage regardless of their current religion and/or beliefs can also apply for Spanish citizenship under the new law.

The law also states that prospective applicants must prove their Sephardic background through their ancestry, surnames or language and obtain a certificate from the Federation of Jewish Communities in Spain (FCJE). But the FCJE says on its website that it will not issue any certifications until the criteria and requirements of the law are more clearly understood.

Adding to the frustration, many applicants have been unable to receive accurate information or assistance from authorities in Madrid and Spanish diplomats overseas.

The end result is that since Spain first announced the citizenship initiative more than one year ago, the Justice Ministry has granted citizenship to fewer than 100 Sephardic Jews, all of whom had already filed applications under existing naturalization rules that were in effect before the new law was promulgated.

Ruiz-Gallardón said the new measure will ease the bureaucratic hoops involved in obtaining Spanish citizenship. He also said the move will “correct an historic error” and that Spain owes the Sephardic community a debt for spreading the Spanish language and culture around the world.

“The law we have passed today has a deep historic meaning: not only because it concerns events in our past for which we should not be proud, like the decree to expel the Jews in 1492, but also because it reflects the reality of Spain as an open and plural society,” Gallardón said.

But the justice minister did not say when the law on dual citizenship would go up for a vote by lawmakers at the Congress of Deputies, the lower house of the Spanish Parliament.

Spanish political commentators have been speculating about both the motive and the timing behind the government’s dual citizenship initiative.

Just one week after announcing the Right of Return for Sephardic Jews, Madrid voted in favor of upgrading the status of the Palestinian Authority at the United Nations. The vote angered the Israeli government and some Spanish analysts have speculated that Spain’s citizenship measure is nothing less and nothing more than a “wink” (guiño) to appease Jerusalem.

To be sure, the Spain-Israel relationship has been strained ever since formal diplomatic relations were established in January 1986. Spain consistently ranks as one of the most anti-Semitic countries in Europe, according the FCJE and other watchdog groups that have documented a steady rise of anti-Semitic attacks on Jewish persons and property in the country.

Spanish anti-Semitism is also reflected in opinion polls, which consistently show that large numbers of Spanish people do not like Jews. For example, a poll by the Pew Research Center found that nearly half of all Spaniards have negative views of Jews; Spain was the only country in Europe where negative views of Jews outweighed positive views.

Bilateral relations reached a low point during 2004-2011, when Socialist Prime Minister José Luis Rodríguez Zapatero—who made no secret of his disdain for Zionism, and who took pride in his anti-Israel and anti-Jewish outbursts—was in power.

Between 2009 and 2011 alone, the Zapatero government funneled more than €15 million ($20 million) of Spanish taxpayer funds to Palestinian and Spanish NGOs that are among the leaders in ideological campaigns to delegitimize Israel via boycotts, divestment and sanctions, lawfare and other forms of demonization, according to a recent report.

Hopes that the center-right government of Mariano Rajoy—who assumed office in December 2011—would put the Madrid-Jerusalem relationship on a more even keel (here, here and here) have been dashed by a steady stream of anti-Israel rhetoric emanating from the Spanish Foreign Ministry, led by José Manuel García-Margallo.

In March 2013, García-Margallo announced plans to open a Spanish consulate in Gaza, accredited to Hamas. But he sheepishly backed down after learning that the EU classifies Hamas as a terrorist organization, and that his plan would have established Spain as the only EU country with a consulate in Gaza.

More recently, the Israeli Foreign Ministry summoned the Spanish ambassador (plus those of Britain, France and Italy) to protest his “perpetual one-sided stance” vis-à-vis the Palestinians. At a press conference later that same day, Israeli Prime Minister Benjamin Netanyahu said it was “time to stop this hypocrisy” and “inject some balance and fairness to this discussion.”

“The EU calls our ambassadors in because of the construction of a few houses? When did the EU call in the Palestinian ambassadors about incitement that calls for Israel’s destruction?” Netanyahu said.

Others say the Rajoy government is seeking to attract Jews as a way help remedy Spain’s economic problems, which rank among the most intractable in the European Union.

Just days before welcoming Sephardic Jews back to Spain, the government announced it would offer residency permits (the equivalent of a US green card) to foreigners who buy houses priced at more than 160,000 euros ($220,000) in an effort to revive a collapsed real estate market.

“The Sephardic Diaspora can be viewed as a large pool with the potential to benefit the economies of Spain and Portugal, provided that pool can be drawn to visit, settle and invest,” said Michael Freund, the chairman of Shavei Israel (which means “those who return to Israel” in Hebrew), an organization that reaches out to descendants of Jews around the world to strengthen their connection with Israel and the Jewish people.

“Five centuries ago, the expulsion happened partly because the Iberian rulers wanted the Jews’ assets,” Freund said in an interview with the Times of Israel. “Now we see efforts to welcome back the Jews partly for the same reason.”

The Spanish government has not said how many people it expects will apply for citizenship under the new law. It is estimated that there are more than three million Sephardic Jews around the world today. Most live in Israel, the United States, Belgium, France, Greece and Turkey, but there are also sizeable communities in Latin America, especially in Argentina, Brazil, Chile, Costa Rica, Mexico and Venezuela.

Spain has one of the smallest Jewish communities in the European Union. Fewer than 50,000 Jews currently live in Spain—out of a total Spanish population of 47 million—a tiny fraction of the number of Jews who lived in the country before 1492, when Jews were forced to convert to Roman Catholicism or leave the country.

The Edict of Expulsion was issued on March 31, 1492 by the Catholic Monarchs of Spain (Isabella I of Castile and Ferdinand II of Aragon). Also known as the Alhambra Decree, the edict ordered Jews to leave the Kingdoms of Castile and Aragon, and their territories and possessions, by July 31 of that same year.

Up to 400,000 Jews are believed to have left Spain as a result of the decree, although the real number is in dispute due to the paucity of accurate data. The Jesuit historian Juan de Mariana (1536-1624), in his magnum opus Historiae de rebus Hispaniae (1592), a history of Spain from its earliest times, put the figure at 170,000 families or 800,000 Jews, while many modern scholars believe the true figure was more likely around 350,000.

Scholars also estimate that the number of Jews who chose to avoid expulsion by converting to Roman Catholicism ranged anywhere from 50,000 to more than 300,000. Many Jews who did not convert were executed.

Soeren Kern is a Senior Fellow at the New York-based Gatestone Institute. He is also Senior Fellow for European Politics at the Madrid-based Grupo de Estudios Estratégicos / Strategic Studies Group. Follow him on Facebook and Twitter.