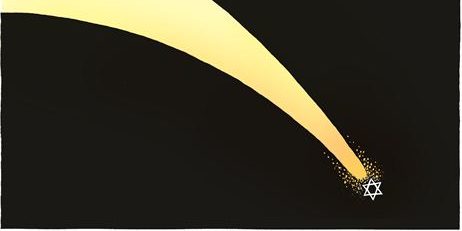 Vice President Joe Biden will hold talks with Israeli leaders during a visit to the region as head of a US delegation to former Prime Minister Ariel Sharon’s funeral on Monday, Biden’s office said.

Biden’s meeting with Prime Minister Binyamin Netanyahu will be a chance for the vice president to try to further Middle East peace efforts and ease Israeli concerns about nuclear talks with Iran, according to leading US lawmakers flying with him to Tel Aviv on Sunday.

Biden is also expected to meet with President Shimon Peres on Monday.

Sharon died at age 85 on Saturday after eight years in a coma caused by a stroke he suffered at the pinnacle of his power. He was one of Israel’s finest military strategists and top political figures, spearheading military invasion, Jewish settlement-building on land the Palestinians want for a state, and making the decision to withdraw from one of those territories, the Gaza Strip.

Biden’s visit comes at a time when the Obama administration is struggling to broker an Israel-Palestinian peace agreement and is at odds with close ally Israel over efforts by world powers to reach a final nuclear deal with Iran, Israel’s arch-foe. Biden, long seen as one of Israel’s strongest friends in Washington, will also see President Shimon Peres.

The vice president is also due to speak at Monday’s funeral for Sharon in Jerusalem and attend the former prime minister’s burial service.

It will be Biden’s first trip to Israel since March 2010, when the surprise Israeli announcement of a major settlement-expansion project in a disputed area of East Jerusalem embarrassed him and caused a diplomatic rift with the Obama administration.

Traveling on Biden’s plane from Washington, US Representative Debbie Wasserman Schultz, a Florida lawmaker, made clear she saw the vice president’s visit not only as a moment to pay his last respects to Sharon but a chance to tackle critical regional issues.

“Anytime that you have a leader from the United States as significant as Vice President Biden sitting down with the prime minister of Israel … there’s an opportunity for progress,” Wasserman Schultz, chair of the Democratic National Committee, told reporters, suggesting Biden’s visit could build on the shuttle diplomacy US Secretary of State John Kerry has pursued.

“And every time there is an opportunity for progress, for the United States to be in a position to help Israel in the cause of crafting and finalizing a two-state solution, we take that opportunity. This is no exception,” she said.

Kerry has made frequent trips to the region since long-dormant negotiations on Palestinian statehood resumed in July, with a nine-month target set for a permanent peace agreement. But the two sides have recently offered gloomy assessments of prospects for achieving an end to the generations-old conflict.

Another member of Biden’s delegation, US Representative Eliot Engel, praised Netanyahu for agreeing to direct talks with the Palestinians and for recent releases of Palestinian prisoners. The New York Democrat put the onus on Palestinian President Mahmoud Abbas “to show that he is willing to make painful concessions as well for peace.”

President Barack Obama has had a strained relationship with Netanyahu on issues including Israel’s settlement policies – championed by Sharon – and the current US diplomatic drive to prevent Iran from developing nuclear weapons capability.

Engel, who met Sharon several times, likened the warrior-statesman’s decision to pull out of Gaza in 2005 and form a centrist party to US President Richard Nixon’s historic opening to China.

“Like Nixon, it was a move that you would never have imagined several years before,” Engel told reporters on Biden’s plane.

Obama, who took office in 2009 and made his first presidential visit to Israel last year, will not attend Sharon’s funeral and instead sent Biden. The vice president met Sharon several times over the years.