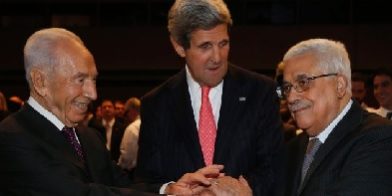 As Israel lobbies Western powers against making a poor nuclear deal with Iran, Jerusalem is directly laying blame for the situation on America, revealed Israeli officials over the weekend.

“This is no way to run a negotiation,” Israeli officials told Channel 2 News, charging that the Americans “are giving up all of their pressure points, and the Iranians recognize the Americans’ weakness.”

Israel is increasingly concerned that the US and other Western powers are about to sign a deal to remove sanctions from Iran, while failing to require the Islamic Republic to actually dismantle its ability to build nuclear weapons in the future.

The plea sparked something of a war of words between the two men, which Kerry firing back that Netanyahu was “jumping to conclusions” and insisting that America is neither “blind” nor “stupid.”

Netanyahu retorted on Sunday, rejecting Kerry’s assertion that the Israeli leader must not be privy to all the details, and again pointing out that Iran is set to receive all that it demands without actually meeting a single UN Security Council resolution on the matter.

A senior Israeli official told Yediot Ahronot that Kerry and his boss, President Barack Obama, are “anxious to sign a bad deal because they are worried the only alternative left — without a deal — would be a military strike.”

According to this official, the deal currently on the table would turn Iran into a “nuclear threshold” state, meaning it is viewed as a nuclear power because it has the material and capability to build a bomb at any given time.