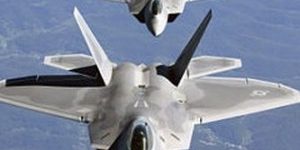 Israel conducted air raids against a Syrian missile base near the port city of Latakia early on Thursday, according to an anonymous US administration official.

The official, speaking to CNN, said Israel targeted missiles and related equipment out of concern that they would be transferred to Hezbollah.

It is unclear why the US would leak such information, as it could increase the pressure on Syria to retaliate against Israel.

The Syrian Observatory for Human Rights, which collates reports from opposition activists, said there had been an explosion at a Syrian air defense base near Jableh, in the Mediterranean coastal province of Latakia. The Latakia area is an Alawite and regime stronghold.

“We’re not commenting on these reports,” a spokesman for the Defense Ministry said.

Israel has repeatedly warned that it is prepared to use force to prevent advanced weapons, particularly from Iran, reaching Hezbollah through Syria. According to foreign reports, Israel reportedly carried out several air strikes on Syria earlier this year.

Pan-Arab news outlet Al-Arabiya reported on Thursday evening that Israel attacked two targets in Syria: one target near Latakia and the other in Damascus.

Al-Arabiya quoted sources saying that the target of the alleged Israeli attacks were SA-8 surface-to-air missiles that were being delivered to Hezbollah.

Missiles fired from the Mediterranean Sea targeted the air defense base near Latakia, according to Syrian opposition sources quoted by the report.