Netanyahu to meet Pope next week 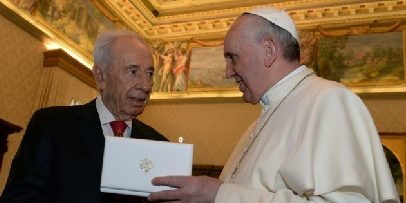 Israel’s prime minister plans to meet with the pope on a trip to Italy next week.

Benjamin Netanyahu is scheduled to meet Pope Francis at the Vatican next Wednesday. Israeli President Shimon Peres, who serves in a largely ceremonial position, met the head of the Catholic church in April.

A statement Wednesday from the prime minister’s office announcing the scheduled meeting said Netanyahu also will meet US Secretary of State John Kerry on the same trip. The two will discuss ongoing talks over Iran’s nuclear program and negotiations with the Palestinians.

The Vatican and Israel established diplomatic relations in 1993.