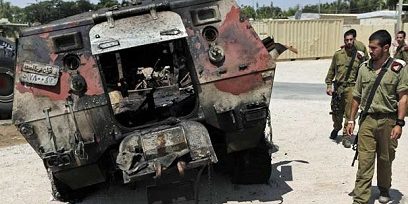 If Egyptian sources are to be believed, it was an Israeli drone that killed four terrorists belonging to the al-Qaida-affiliated Ansar Bayt al-Maqdis organization on Friday as they prepared to fire rockets at Israel from northern Sinai.

Defense Minister Moshe Ya’alon, who neither confirmed nor denied that the IAF was responsible for the attack, issued a response on Saturday that underscores the dilemma Israel faces in dealing with the threat emanating from the Sinai Peninsula.

“The State of Israel respects Egypt’s full sovereignty,” Ya’alon said. “We will not allow rumors and speculations, which have developed in the past 24 hours, to harm the peace treaty between the two countries.”

On the one hand, Israel has a moral obligation to defend its citizens from rocket attacks launched from Sinai – particularly in the case of a “ticking bomb” as was, apparently, the situation on Friday. At the same time, protecting the groundbreaking peace agreement signed with Egypt in 1979 is a vital Israeli interest. But according to that agreement, Israel is forbidden to stage military incursions in Sinai.

Successive Israeli governments have meticulously adhered to these guidelines over the three decades since Menachem Begin and Anwar Sadat made a cold but stable peace. As the security situation in Sinai has deteriorated, however, particularly after the ouster of Hosni Mubarak, Israel has increasingly been forced to divert resources to combating the threat from the south.

Besides accelerating the construction of an NIS 1.5 billion security fence running along the 240-km. border with Egypt, it has deployed one of the IDF’s Iron Dome anti-missile batteries near Eilat, doubled the combat strength of the Edom Division on the frontier, created a new brigade to protect the Eilat area, and beefed up its intelligence network.

These steps have had only limited impact and do nothing to counter the empowerment of a myriad of new forces that have seized control of the Sinai Peninsula from the Egyptian government, from Beduin Salafists and global jihadists to al-Qaida-affiliated organizations.

Indeed, the more aggressive defense of our border against drugs and arms smuggling has actually strengthened the economic ties among various Islamist groups in Sinai and the Hamas-controlled Gaza Strip.

This, however, is a risky tactic. An emboldened Hamas could hardly be expected to desist from terrorist attacks against the Jewish state.

Egypt’s remilitarization of Sinai, particularly in the wake of Mohamed Morsi’s ouster and the return of the military to power, seems preferable, or the “least worst” alternative, from Israel’s perspective.

Indeed, Israel has agreed to alter the terms of the Camp David peace treaty, allowing Egypt to deploy several armed battalions in the “demilitarized” northeastern Sinai, and has permitted Egyptian soldiers to be positioned at dozens of border posts, hitherto manned only by civilian police. And the generals who have replaced the Muslim Brotherhood at Egypt’s helm have taken a much more aggressive tack against the Islamists in Sinai.

Israel and the present Egyptian leadership have a common interest in neutralizing terrorist groups operating in Sinai, though Cairo could never admit to coordinating military actions with Israel against the Islamists. Still, Egyptian officials tipped off Israel of a potential rocket attack against the Eilat Airport, resulting in its temporary closure last Thursday.

As part of the battle against Sinai’s Islamists, Israel and Egypt have agreed secretly or publicly to alterations to the Camp David accords. It seems the old arrangements underpinning security relations between the two countries are out-dated and ill-suited to an era when a quasistate run by Hamas has emerged in Gaza and when a hodgepodge of Beduin clans, al-Qaida-affiliated organizations and Salafists have filled the security vacuum in Sinai. Perhaps the time has come for Egypt and Israel to rethink these arrangements in an effort to confront the challenges emanating from Sinai.