Why Is The United States Asking Israel To Release Terrorists? 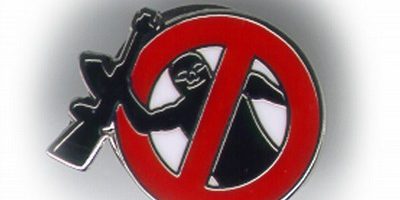 The Government of Israel has announced that it will release 104 “security prisoners” in an effort to induce the PLO to return to the negotiating table. This was a PLO demand that was backed by the United States, as part of Secretary Kerry’s efforts to get talks restarted.

Put aside for the moment the oddity that the Palestinians must be bribed in this way to negotiate. One might have thought that they would wish to negotiate–because they wish to end the Israeli occupation and move toward independence.

My question is why the United States asks a friend to do what we would not do– release terrorists.  Here is how the Washington Post described those who will be released:

The list of prisoners who may be released in coming days includes militants who threw firebombs, in one case at a bus carrying children; stabbed and shot civilians, including women, elderly Jews and suspected Palestinian collaborators; and ambushed and killed border guards, police officers, security agents and soldiers.

Israel has at times undertaken huge prisoner releases, for example letting a thousand men out to get back the kidnapped soldier Gilad Shalit. But that was their own sovereign decision, taken after long national debate. Here, we are pressing them to release prisoners. We will bear none of the risk that any of them may return to violence, which makes our requests and pressure difficult to justify morally. Nor do we face the terrible problem of explaining to the victims of these crimes, and their relatives and survivors, why they were set free.

Meanwhile, our own policy toward terrorists remains tough and uncompromising. Just this month the President gave a speech defending vigorously his use of drone attacks. So, we escalate our effort to kill terrorists while urging an ally to release terrorists from prison. It would be worth asking the administration how that position can be defended morally.