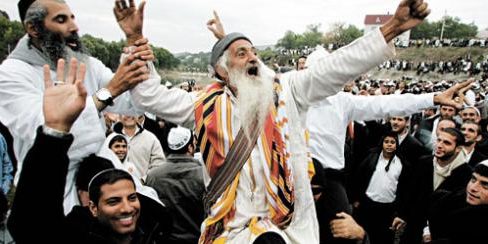 Israel on Wednesday elected its new Ashkenazi and Sephardi chief rabbis, and the results of the vote left many disappointed after a political election earlier in the year that signaled a possible end to ultra-Orthodox manipulation, corruption and coercion.

Israeli media is calling the election the establishment of rabbinical dynasties, and a clear case of nepotism within Israel’s chief rabbinate.

During the parliamentary election earlier this year, Shas and other ultra-Orthodox parties did not fair well, and were forced out of the ruling coalition by the national religious Jewish Home and the secular Yesh Atid parties, which were united in demanding that the ultra-Orthodox sector begin doing national service and join the work force.

As part of a grand strategy to alter the ultra-Orthodox community’s divisive role in Israeli society, Jewish Home and Yesh Atid hoped to propel far more moderate candidates into the positions of chief rabbi. In particular, many were excited by the prospect of Rabbi David Stav becoming the first non-ultra-Orthodox Ashkenazi chief rabbi.

But, according to Stav and many others involved in the proceedings, the amount of corruption and unsavory deal-making was simply too great to permit an outcome that genuinely reflected the will of the people.

With an ugly campaign leading to what many see as dismal results, calls to dissolve the chief rabbinate are increasing daily. Most Israelis don’t see the need to appoint national religious leaders, and certainly don’t like the fact that these rabbis wield such influence over religious issues that very much affect daily life in the Jewish state.