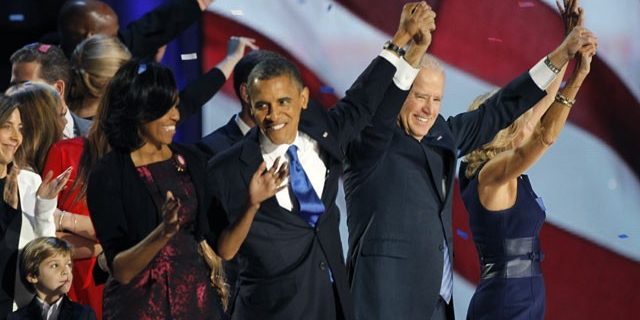 The Russian and Chinese embrace of indicted traitor Edward Snowden is just the latest demonstration of the contempt in which the US is held by an ever increasing number of adversarial states around the world.

Iran has also gotten a piece of the action.

As part of the regime’s bread and circuses approach to its subjects, supreme dictator Ali Khamenei had pretend reformer Hassan Rohani win the presidential election in a landslide two weeks ago. Rohani has a long record of advancing Iran’s nuclear program, both as a national security chief and as a senior nuclear negotiator. He also has a record of deep involvement in acts of mass terror, including the 1994 bombing of the AMIA Jewish center in Buenos Aires that killed 85 people and wounded hundreds.

Yet rather than distance itself from Rohani the phony, the Obama administration has celebrated Iranian democracy and embraced him as a reformer. Obama’s spokesmen say they look forward to renewing nuclear talks with Rohani, and so made clear – yet again – that the US has no intention of preventing Iran from becoming a nuclear power.

Rohani responded to the administration’s embrace by stating outright he will not suspend Iran’s nuclear enrichment activities. In other words, so great is Iran’s contempt for President Barack Obama and his administration, that it didn’t even pay lip service to the notion of cutting a deal.

And that makes sense. Obama only has one card he is willing to play with Iran: appeasement. And so that is the card he plays. His allies are already talking about containing a nuclear Iran. But that’s not an option.

A government’s ability to employ a strategy of nuclear containment is entirely dependent on the credibility of its nuclear threats. Obama is slashing the US nuclear arsenal, and Snowden reportedly just gave the Russians and the Chinese the US’s revised nuclear war plans. Obama has no credibility in nuclear games of chicken. He has no chance of containing Khamenei and his apocalyptic jihad state.

Iran, its Russian ally and its Lebanese Hezbollah proxy now have the upper hand in the Syrian civil war. In large part due to Obama’s foreign policy, the war is spilling into Lebanon and threatening Jordan and Iraq – not to mention Israel. In response to this state of affairs, Obama has decided to begin arming the al-Qaida-dominated Syrian opposition forces. Now it’s true, Obama is planning to transfer US arms to the Supreme Military Council of the Free Syrian Army that is recognized by the US. But that is no reason not to worry.

The Free Syrian Army is dominated by the Muslim Brotherhood. It condemned the US’s decision to designate the Syrian al-Qaida affiliate, Jabhat al-Nusra, a foreign terrorist organization. FSA fighters and commanders regularly collaborate with (and sometimes fight) Al-Nusra. At a minimum, there is no reason to believe that these US arms will not be used in conjunction with al-Qaida forces in Syria.

In truth, there is little reason from a US perspective to view a Syria dominated by any of the warring parties – including the FSA – as amenable to US interests or values. There is no ideological distinction between the goals of the Muslim Brotherhood and those of al-Qaida, or Hamas or a dozen other jihadist armed groups that were formed by Muslim Brotherhood members. Like Iran and its proxies, they all want to see Western civilization – led by the US – destroyed. And yes, they all want to destroy Israel, and Europe.

But for the Obama administration, this ideological affinity is not relevant.

The only distinction they care about is whether a group just indoctrinates people to become jihadists, or whether they are actively engaged – at this minute – in plotting or carrying out terrorist attacks against the US. And even then, there are exceptions.

For instance, the Taliban are actively waging war against the US in Afghanistan. But since the Obama administration has no will to defeat the Taliban, it is begging them to negotiate with US officials.

He even supported them at the expense of American citizens employed in Egypt by US government-supported NGOs. Forty-three Americans were arrested for promoting democracy, and all the administration would do was facilitate their escape from Egypt. Robert Becker, the one US aid worker who refused to flee, was abandoned by the State Department. He just escaped from Egypt after being sentenced to two years in prison.

The Obama administration supports the Morsi government even as it persecutes Christians. It supports the Muslim Brotherhood even though the government has demonstrated economic and administrative incompetence, driving Egypt into failed state status. Egypt is down to its last few cans of fuel. It is facing the specter of mass starvation. And law and order have already broken down entirely. It has lost the support of large swathes of the public. But still Obama maintains faith.

Then there are the Palestinians.

John Kerry is knocking on our door again this week in an obsessive effort to restart the mordant phony peace process. For its part, as The Jerusalem Post’s Khaled Abu Toameh reported this week, the supposedly moderate Fatah-ruled Palestinian Authority has adopted a policy of denying Jews entrance to PA-ruled areas. Jewish reporters – Israeli and non-Israeli – are barred from covering the PA or speaking with Fatah and PA officials.

As for the radical Hamas terror group that rules Gaza, this week Hamas again reiterated its loyalty to its covenant which calls for the obliteration of Israel and the annihilation of world Jewry.

But Kerry is coming back because he’s convinced that the reason there’s no peace process is that Israelis are too rich, and too happy, and too stingy, and too suspicious, and too lacking in empathy for the Palestinians who continue to teach their children to murder our children.

You might think that this pile-on of fiascos would lead Obama and his advisers to reconsider their behavior.

Obama is a man of ideas. And he has surrounded himself with men and women who share his ideas. For Obama and his advisers, what matters are not the facts, but the theoretical assumptions – the ideas – that determine their policies. If they like an idea, if they find it ideologically attractive, then they base their policies on it. Consequences and observable reality are no match for their ideas. To serve their ideas, reality can be deliberately distorted. Facts can be ignored, or denied.

Obama’s second idea is that the root cause of all the problems in the region is the absence of a Palestinian state on land Israel controls. And as a consequence, Israel is to blame for everything bad that happens because it is refusing to give in to all of the Palestinians’ demands.

Stemming from this view, the administration can accept a nuclear Iran. After all, if Israel is to blame for everything, then Iran isn’t a threat to America.

This is why Fatah terrorism, incitement and anti-Semitism are ignored.

This is why Hamas’s Deputy Foreign Minister Ghazi Hamad reported that he met with senior US officials two weeks ago.

This is why Kerry is coming back to pressure the rich, stingy, paranoid, selfish Jews into making massive concessions to the irrelevant Palestinians.

Obama’s satisfaction with his foreign policy is demonstrated by the fact that he keeps appointing like-minded ideologues to key positions.

This week it was reported that Kerry is set to appoint Robert Malley to serve as deputy assistant secretary of state for Near Eastern affairs. Malley has built his career out of advancing the ideas Obama embraces.

In 2001, Malley authored an article in The New York Times where he blamed Israel for the failure of the Camp David peace summit in July 2000. At that summit, Israel offered the Palestinians nearly everything they demanded. Not only did Palestinian leader Yasser Arafat refuse the offer. He refused to make a counteroffer.

Instead he went home and ordered his deputies to prepare to initiate the terror war against Israel which he started two months later.

As Lee Smith wrote in a profile of Malley in Tablet in 2010, Malley’s article, and subsequent ones, “created a viable interpretative framework for continuing to blame both sides for the collapse of the peace process even after the outbreak of the second intifada. If both sides were at fault, then it would be possible to resume negotiations once things calmed down. If, on the other hand, the sticking point was actually about existential issues – the refusal to accept a Jewish state – and the inability, or unwillingness, of the Palestinians to give up the right of Arab refugees to return to their pre- 1948 places of residence, then Washington would have been compelled to abandon the peace process after Clinton left office.”

In other words, Malley shared the idea that Israel was to blame for the pathologies of the Arabs. Stemming from this view, Malley has been meeting with Hamas terrorists for years. He belittled the threat posed by a nuclear Iran and accused Prime Minister Binyamin Netanyahu of exaggerating the Iranian nuclear threat to divert attention away from the Palestinians. He has also met with Hezbollah, and has been an outspoken supporter of Syrian President Bashar Assad.

AFTER THE September 11 attacks, the US pledged to wage a war of ideas in the Muslim world. And in Obama’s foreign policy, we have such a war of ideas.

The only problem is that all of his ideas are wrong.