Should Israel make her move now? 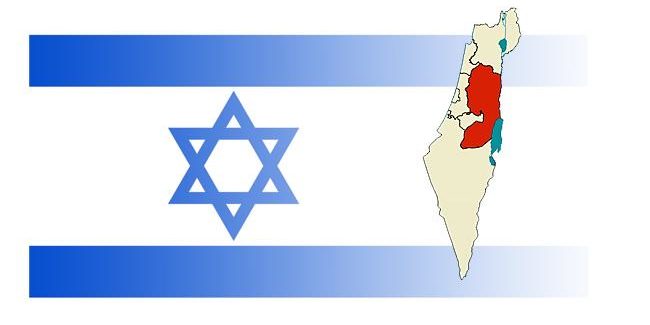 In recent weeks and months, public leaders and leading journalists affiliated with the settlement movement have called for annexing and incorporating all of Judea and Samaria into Israel. In response to the chaos and weakness of the Arab nations surrounding Israel and the preoccupation of the Western world with the ongoing genocide in Syria, they claim that now is the time to be proactive and go on the offensive and do what will be inevitably done anyway probably under less favorable conditions for Israel.

Since the late 60’s and till the present, Israel has re-populated Judea and Samaria resulting in an unprecedented population growth of religious as well as secular Jews who have made Judea and Samaria their home and the home of their children, all 700,000 of them, with projections of One Million Jewish residents by the end of the decade. The vision and hope of many in the “peace now” camp of Israel withdrawing to the 1967 borders seems no longer feasible or possible. The majority of the Israeli public does not support copying a repeat of the Gaza withdrawal in Judea and Samaria and endangering 70 % of the population of central Israel. Meaning they support Israel’s permanency and control of Judea and Samaria. So maybe now is the right time for Israel to make her move.

Those that call for annexation claim that it is the best option out of the three options that currently exist. The other two options being either maintaining the status quo or relinquishing Judea and Samaria to a future Palestinian Arab state. They claim that Israel can incorporate 1.5 million Palestinian Arabs giving them equal political rights while maintaining a clear Jewish majority in Israel thereby avoiding the danger of Israel becoming a bi-national state. We are reminded that just after the 1948 War of Independence when Israel was established there were 598,000 Jews and another 497,000 Arabs – almost equal numbers living side by side in the newly established State of Israel. Today Israel numbers 8 million residents of which only 20 % are Arabs. If we extrapolate these numbers to today, our demographic situation is much better making a clear Jewish majority a given. If we keep in mind that the Palestinian Arab population has a negative growth rate in recent years and the rate of emigration, a closely guarded secret by the Palestinian Arab Authority is increasing year by year numbering tens of thousands yearly, maybe those calling for annexation know what they are talking about.

The best example of what can be expected should annexation become official Israeli policy is the coexistence experiment that you find in Israel’s capitol, Jerusalem. The reality of Jews and Arabs living and working side by side has escaped the attention of most observers who simply ignore the fact that most of the city’s Arabs prefer Israeli rather than Palestinian Arab sovereignty. What we can observe is an unprecedented level of cooperation between members of the two nations in daily life, which is evident in shopping malls, in hospitals and in any taxi, restaurant and factory. It’s not perfect, but it is a success.

The issue of annexation is not really an Israeli-Arab issue but an Israeli issue or more to the point an issue for the Jewish nation.  Are the people of Israel ready and able to take on this kind of monumental change at this point in time? Is the Jewish Diaspora willing and able to support this kind of geo-strategic change that has immense implications for the future of the State of Israel. Regrettably the answer to both of these questions is no, we are not ready now and we won’t be for the foreseeable future. We still do not have the critical mass among the Israeli public needed to support this kind of initiative, despite the numbers and despite the security that Judea and Samaria provides for all of Israel. I have no doubt that at some time in the future, the majority of the people of Israel will be behind the annexation of Judea and Samaria, providing our leaders with a clear consensus, but we are not there yet.

Israel’s current national mission should focus on sustaining and strengthening the Jewish nation. Israel should not attempt to enlarge her borders at this point in time but rather look beyond her existing borders and project a new global responsibility for Jews everywhere. Jeremy Gimpel, the Deputy Director of the World Mizrachi Movement recently expressed this sentiment.

During Israel’s formative years, we have always looked upon Diaspora Jewry for support. The establishment of Israel and the ingathering of Jews in Israel was against all odds and we needed every bit of support to ensure the success of our fledgling enterprise. Israel was too fragile, too young and too weak to grow without the support of Jews living in the Diaspora. Today, we are living in different times. Israel is stronger than ever and our future has never been more promising. Israel has emerged as the spiritual center for world Jewry – a reality that hasn’t existed since the days of the Second Temple in Jerusalem. Our start-up economy, backed with a multi-billion dollar natural gas industry, has afforded us a sense of economic stability and confidence. With Jewish populations shrinking in every other country around the world except Israel, we in Israel need to redefine our relationship with world Jewry. Instead of looking to Diaspora Jewry for support, it’s time for Israel to take responsibility and support world Jewry.

“Kol Yisrael areivim zeh lazeh,” all Jews are guarantors and responsible for each other (Shavuot 39a). The Torah teaches us this revolutionary concept — that all Jews are interrelated. Now is the time to give back to the Jewish nation, wherever they may be, the immeasurable support that nurtured Israel during her formative years. It is our turn, our moral responsibility and this should be Israel’s next national mission.

The writer, a 25-year veteran of the I.D.F., served as a field mental health officer and Commander of the Central Psychiatric Military Clinic for Reserve Soldiers at Tel-Hashomer. Since retiring from active duty, he provides consultancy services to NGO’s implementing Psycho trauma and Psychoeducation programs to communities in the North and South of Israel and is a strategic advisor to the Director of the Shomron Liaison Office.
Contact: medconf@netvision.net.il