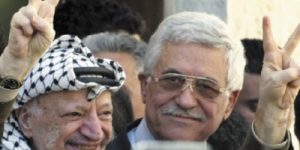 Palestinian leader Mahmoud Abbas this week appointed a new Palestinian Authority prime minister to take the place of the ousted Salam Fayyad, a respected, US-educated economist that the international community fought long and hard to keep in the position.

The new Palestinian prime minister is Rami Hamdallah, a mild-mannered academic who for the past 15 years has served as dean of al-Najah University in Nablus. Hamdallah has absolutely no political experience, so many in Israel see his appointment as a maneuver by Abbas to regain the absolute control once exercised by Yasser Arafat. It should be remembered that Abbas was the long-time right hand and protégé of Arafat.

Fayyad, by contrast, was a political force to be reckoned with who had amassed his own power base both at home and abroad. Abbas only reluctantly named him prime minister in 2007 under heavy pressure from the international community, which insisted that the Palestinian Authority reverse the rampant corruption that had resulted from a decade of rule by the Arafat-Abbas duo.

Abbas constantly clashed with Fayyad, and for years was believed to be looking for a way to boot the former prime minister.

Hamdallah, it is widely believed, will be much more pliant, which could ultimately bode very poorly for the peace process. “Now Abbas will be able to return to the Palestinian custom, first instituted by Arafat, of stealing international aid,” The Jerusalem Post suggested in its Thursday editorial.

Hamas initially condemned the appointment of Hamdallah due to the fact that the entire Abbas regime continues to rule despite the fact that its term of office ended years ago. However, the Hamdallah appointment is likely to help Hamas in the long-run.

Many Israelis are concerned that should Abbas allow the return of Arafat-levels of corruption, Hamas and other terror groups will once again gain in popularity and score electoral victories if and when the Palestinians are permitted to again vote for their “democratic” government.