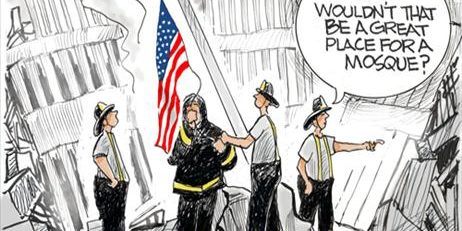 The April terrorist attacks during the Boston Marathon killed and wounded scores of people. Machete-wielding thugs last week butchered a British soldier in full view of citizens on a London street. Simultaneously, in Sweden, a full five days of riots have seen burned cars, banks and schools, and assaulted citizens.

These attacks raise the uncomfortable question: “Why are we being attacked?”

A newly announced American policy to deal with such threats involves “addressing grievances and conflicts” that feed what is described as “extremism.”

But will this work?

After 9/11, despite the impression of a nation coming together, almost immediately many pundits, media outlets and academics blamed America. We were, for example, attacked because “our chickens coming home to roost.” Three reasons were most often cited: our sanctions against Iraq; our deployment of troops in Saudi Arabia and our support for Israel.

Over a quarter of a century ago, Jeanne Kirkpatrick, our UN ambassador during the Presidency of Ronald Reagan’s, first explained this tendency to “always blame America first.” It flowed from a view that saw American military power as a harmful force in world politics. Steven Kinzer in All the Shah’s Men argued in 2003, just two years later, that, “It is not far-fetched to draw a line through the Shah’s repressive regime and the Islamic revolution to the fireballs that engulfed the World Trade Center in New York.” A decade later, former Congressman Ron Paul similarly argued the attacks of 9/11 were in retaliation for American troops being deployed in Saudi Arabia in 1990-1991, there to drive Iraqi dictator Saddam Hussein out of Kuwait. And on May 23, the administration sought to explain what it terms “violent extremism” as a reaction to the “thousands of civilians that have been killed” in Iraq and Afghanistan,” implicitly by American intervention.

Even now, many weeks after the Boston Marathon bombing, the “Blame America” syndrome is on full display.

The New York Times charged that the US had failed to assimilate the bombers’ family, implying presumably, “What could anyone expect them to do other then bomb the Boston Marathon?”

Then the bombers were humanized. They were described as friendly school chums, attractive to women. The New York Times compared one of the bombers to the hero of that classic American book Catcher in the Rye, Holden Caulfield.

Then came the “self-actualization” explanation for terrorism: apparently, as the two brothers were not members of any terrorist group but possibly just lone-wolf types, America had failed to “assimilate” them properly — implying that their bombing was somehow our fault.

That rationalization was followed by strenuous efforts to avoid making any connection to their Islamic background, their travel to Dagestan, and their connection to a nearby Boston mosque from which a half dozen members and key leaders have been convicted of terrorist acts in the past decade.

In Sweden, similarly, the BBC said the rioting youths, while from predominant “immigrant areas,” were unhappy about joblessness.

The mayor of London assured everyone that even while one of the butchers was “dripping blood and swearing by Almighty Allah ‘We will never stop fighting you’,” there was no connection to Islam to be drawn.

This compulsion to explain terrorism as driven by grievances against America continues as the politically correct narrative.

If “legitimate grievances” motivate terrorists, the thinking apparently goes, then such terrorism is justified.

Former President James Carter argued that Hamas’s and Hezbollah’s use of terrorism against Israel “is understandable” because after all they do not have a modern air force with which to fight.

If grievances explain terrorism, the implication is that removing these grievances would remove the terrorism.

If poverty is the problem, advocate more foreign assistance.

If Israel is the problem, establish a Palestinian State.

If the presence of the U.S. military in the Middle East is the issue, withdraw the military force.

If our negative attitude toward Islam is the problem, repeatedly citing Islam as a “religion of peace” wipes out the threat.

But if government officials’ assertion that the US is not at war with Islam — meant to convey to citizens of the Islamic world that they need not fear us and we will no longer “attack them ” — it also conveys the notion that many followers of Islam do not feel compelled to attack those whom they see as insufficiently “Muslim,” let alone Jews, Christians, Hindus and others not of the Islamic faith.

That official view also ignores that in 732 and 1683, Islamic forces were twice defeated at the height of their attempted conquest of much of the known world — the latter attempt on September 11, 1683, at the gates of Vienna, where a army led by a Polish king defeated an Islamic army many times its size.

The search for “grievances” implies it is simply coincidental that 30 of the 32 current “Most Wanted” by the FBI are Muslims, and that of the more than 2,200 terror attacks in 2012, over 2000 were undertaken my Muslims or in the name of Islam.

Critics of U.S. policy under the Bush administration claimed that it was our perceived status as a military “bully” in Afghanistan and Iraq, for example, that propelled young Muslim men to “fight back.”

But this analysis fails to take into account that long before the U.S. liberation of Afghanistan in 2001, the U.S., Israel and others — even in the Muslim world — were regularly and routinely being attacked and murdered by people “in the name of Islam”.

The State Department regularly officially designates countries involved in funding, training or providing safe haven for terrorists as “state sponsors of terror.” In the commentary about 9/11 and the intervening terrorism of the past decade, Iran, Syria, Iraq, and Libya have routinely been identified as top sponsors of terrorism.

Although not thought of as terror masters, the Kingdom of Saudi Arabia created the Taliban and thousands of Wahhabi mosques, and supports terrorist groups such as the PLO.

North Korea, Venezuela, China and other non-Islamic countries have also worked with, and supported, state sponsors of terror that are primarily “Islamic.”

This factor appears to be missing in the current administration’s analyses.

But for most in the media and the academic world, the role of either terror states or Islam is dismissed. Terrorism is reduced to legitimate grievances that the West, Israel and the United States are capable of addressing but have failed to clear up.

Ahmad Shah Massoud, however — head of the Northern Alliance, the Afghani force that defeated the Soviet Union, and who was murdered just shortly before 9/11 — had warned the U.S. that it faced a “poisonous coalition” of terror groups, wealthy sheiks, military establishments, and intelligence services, all fueled with an apparently endless supply of indoctrinated recruits from madrassas and mosques.

This coalition now has missiles and nuclear weapons.

If, however, the driving force behind terrorist attacks on the United States is a strategy to harm the United States and other Western nations, to eliminate their presence in the Middle East or terrorize them into agreeing to live under the laws of Islam, a credible case can be argued that the U.S. and its allies have the right of self-defense.

This is even truer if the threat the West faces is a force that seeks to establish totalitarian Islam throughout the Muslim world, then everywhere else. If the tip of the spear may indeed be a nuclear weapon, let us rethink what it means to “provide for the common defense.”