Taking time off from the world 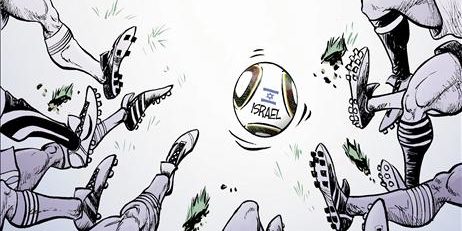 A former Israeli Prime Minister once stated that he doesn’t have the privilege of getting angry, too much is as stake. Yet as we assess the battering that Israel has consistently taken in recent years, the apartheid and BDS propaganda against Israel has been ongoing for years creating a strategic threat on the State of Israel. Academic boycotts and the BDS movement as propagated by Western intelligentsia are funded and fueled by the very Islamic nations that are behind the mass immigration of Muslims to western nations. What better way to keep this quiet Islamic revolution aiming to change the course of Western societies than invest relatively small amounts of money on funding professional Islamic students who register at the top Universities and do nothing more than take over the pubic discourse in the campuses of Europe and America, keeping them erroneously busy demonstrating against Israel around the clock. Supporting whole Universities and faculties with seemingly endless funding to deny Israel’s legitimacy and deny her scientific, political, and cultural successes to the benefit of all nations. The simple fact that the Arabs of Israel enjoy more democratic and human rights than any Arab in any Islamic nation would in itself neutralize all the false propaganda against Israel of being an Apartheid state, yet is conveniently ignored entirely. The massive funding of NGO’s throughout Europe and the United States and of course in Israel itself churns out day in and day out false testimonies, commission, reports, and an endless amount of material that is disseminated by journalists and media outlets who are paid handsome fees to report and add to the already hostile atmosphere that exists out there against Israel