Prayer Points from an Intercessor & Friend in Israel 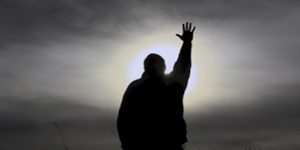 –Pray that the two IAF planes, which lost contact with their base control, while over Syria, have been (or will be) found safe and back home.

–Praise YHVH that Israel made the pre-emptive attacks against these advanced and toxic weapons before they could make their way into the caches of Hizbullah in Lebanon.

–Pray that all future attempted shipments would likewise be thwarted, with not one shipment being successful.  Pray that every interception attempt, of these things by Israel, would hit the target.

–Pray for an increase in accurate and timely intelligence coming to Israel. Pray protection to be upon those behind enemy lines, gathering the intel, as well as protection upon the minds and focus of those doing cyber-intel intercepts day and night by computer.

–Pray for Bibi Netanyahu, and for all the Israeli leaders (particularly the military leaders), that they would have wisdom and that they would hear the leading of the Lord concerning the many, dangerous, decisions facing them.

–PRAY THAT ANY WAR, OR ESCALATION (toward war) WOULD BE DIRECTED BY THE HAND OF YHVH ALONE … IN HIS TIMING, AND IN HIS STRATEGY.

–Pray for the young IDF soldiers, who are being positioned in harms way to defend the nation.  Pray for them to be courageous, wise, skilled, and protected.

–Pray that no nation would be able to tie Israel’s hands, or to direct the course against the path chosen for Israel by YHVH.

–Pray for the fear of YHVH to fill and to consume the hearts and minds of Israel’s enemies.  Terrify them, Lord!

–Pray that YHVH would deal with these Iranian Basij militiamen, and with those who sent them into Syria. Make their presence in Syria irrelevant because of the mighty defeat they experience at the hand of YHVH.

–Pray that YHVH would deal with Russia, Iran, China, and North Korea; protecting Israel, and the US, from their attack threats.

–Pray that the EU could come into sanity, and officially identify Hizbullah as a terror organization (cutting off European funds to that group).

–Pray for YHVH’s protection and angelic cover to be over all the Jews living in Judea and Samaria, as they face this potential, new, intifada by the Arabs.

–Pray that all the terror plans, being formed by the Mujahideen Shura Council, will be foiled and dismantled before they can succeed against the Jewish people.

–Pray that, if these new bunker buster bombs are needed to destroy the Iranian nuclear facilities, these weapons will come quickly into the hands of the Israelis … with no strings attached to them by Obama.  Pray that they will be perfectly applied and completely successful if employed against these deadly facilities.

–Pray that the victory of Israel, against all these threats, will be seen and experienced, as the hand of YHVH … not seen as the glory of the Israeli fighters and government.

–Prime Minister Netanyahu is scheduled to leave tomorrow (Sunday) for a five day trip to China. If he should not leave the country at this perilous time, pray that YHVH will cause him to stay home.

–Pray for all intercessors to be awake on the wall … empowered and filled with true revelation, to bring forth powerful intercession regarding all these matters.

Keep your ears open, your eyes focused and your heart directed toward heaven in the coming days.  We could soon be seeing some major biblical prophesies being fulfilled right before our eyes. We just might see Israel being used as a sharp threshing sledge, in the hand of the Lord, applied against her enemies.